The Sunrise View of Mount Bromo

After spending the evening hiking up to Mount Bromo’s crater for the sunset, our group of five jolly hikers got out of bed at 3am and set off to hike up Mount Penanjakan to get a view of Mount Bromo during the sunrise.

Most people get to the viewpoints via jeep or motorbike, but we wanted to be adventurous and go on foot. The total distance from Cemoro Lawang to the King Kong viewpoint was about 3km.

Once again, the hike started at the Cemara Indah Hotel. Follow the service road to the right for 1km, and you’ll reach a parking area for the jeeps. Apparently, this is where they charge an entrance fee to the mountain, but we didn’t see anyone asking for tickets, so we just went on our merry way.

Of course, our group had to go all the way, so after climbing a few rocks in the dark, we found the foot path through some shrubbery for an easy 1km climb up to King Kong Hill. The start of this hike is a bit rough since you have to do a small bit of rock climbing at the beginning, but the rest is easier than before. I highly recommend bringing a headlamp because you will need both hands for certain parts, and it would suck to accidentally fling your phone off the mountain. Did I mention that the path is pretty slim and if you decided to wander off of it, you’d probably find yourself tumbling down the mountain?

The sun was beginning to peek over the horizon when we reached King Kong Hill, but of course our group decided to find a hill overlooking King Kong Hill to get even higher above the rest of the tourists.

I’ll let the pictures speak for themselves. 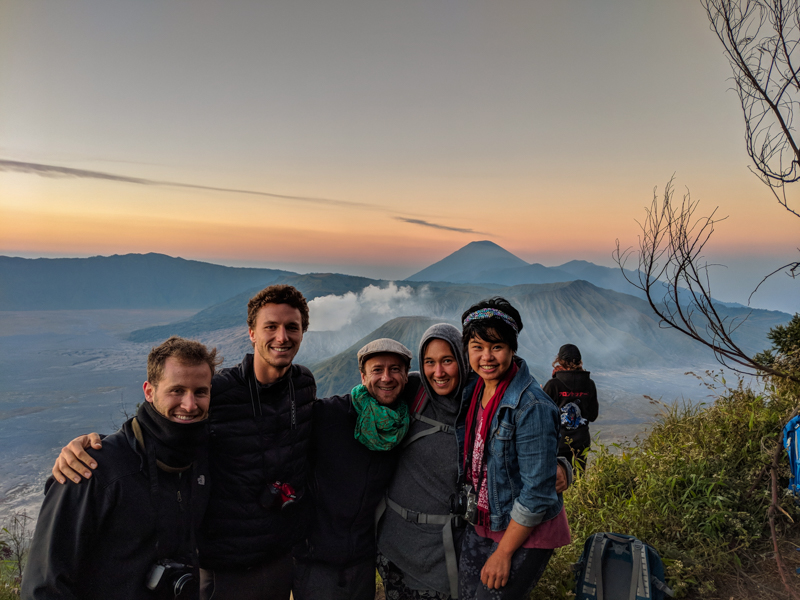 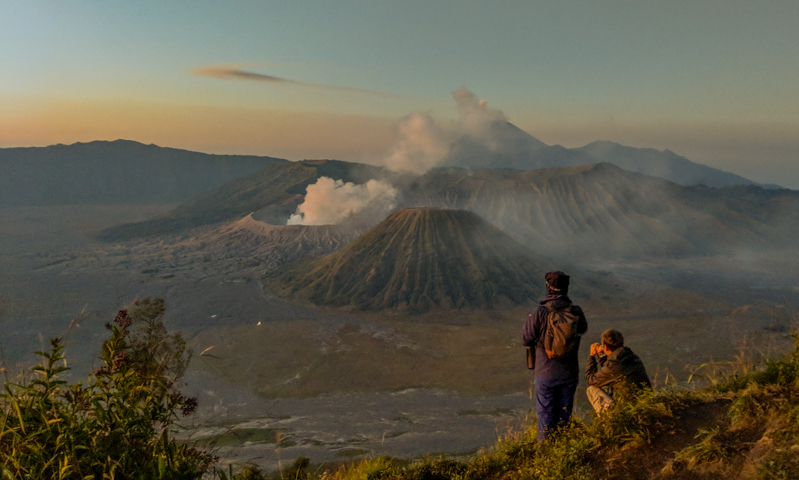 A General Note About Trash in Southeast Asia

Many southeast Asian countries don’t have the infrastructure to dispose of waste, so most of it ends up getting burned in trash piles like this.

If you’re traveling anywhere (or really, if you’re alive on earth), I strongly recommend sticking with reusable containers and avoiding plastic whenever you can. A lot of this stuff ends up in the water, particularly in the ocean. I’m guilty of purchasing bottles of water or soft drinks, but I’m trying to actively be better at reusing the bottles I already have and avoiding soft drinks or any prepackaged goods moving forward. 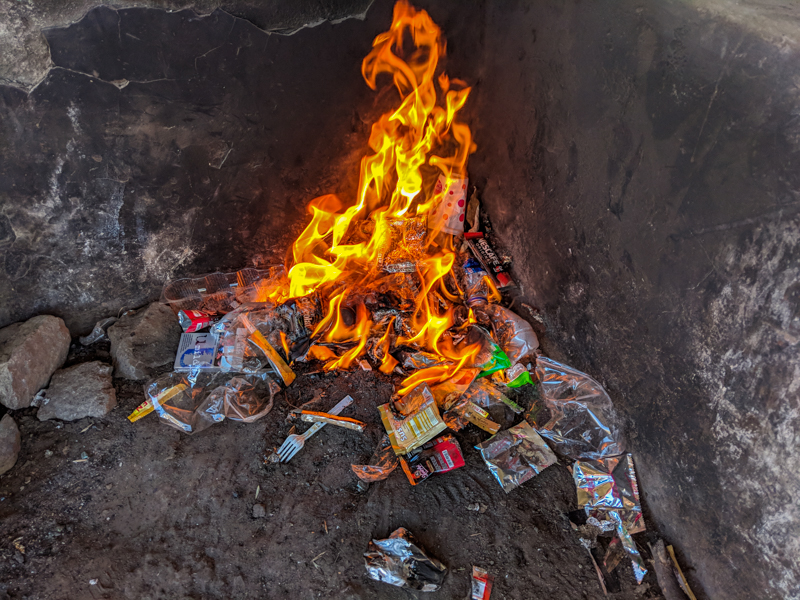 Getting to Mount Bromo Without a Tour
An Adventure in Ijen