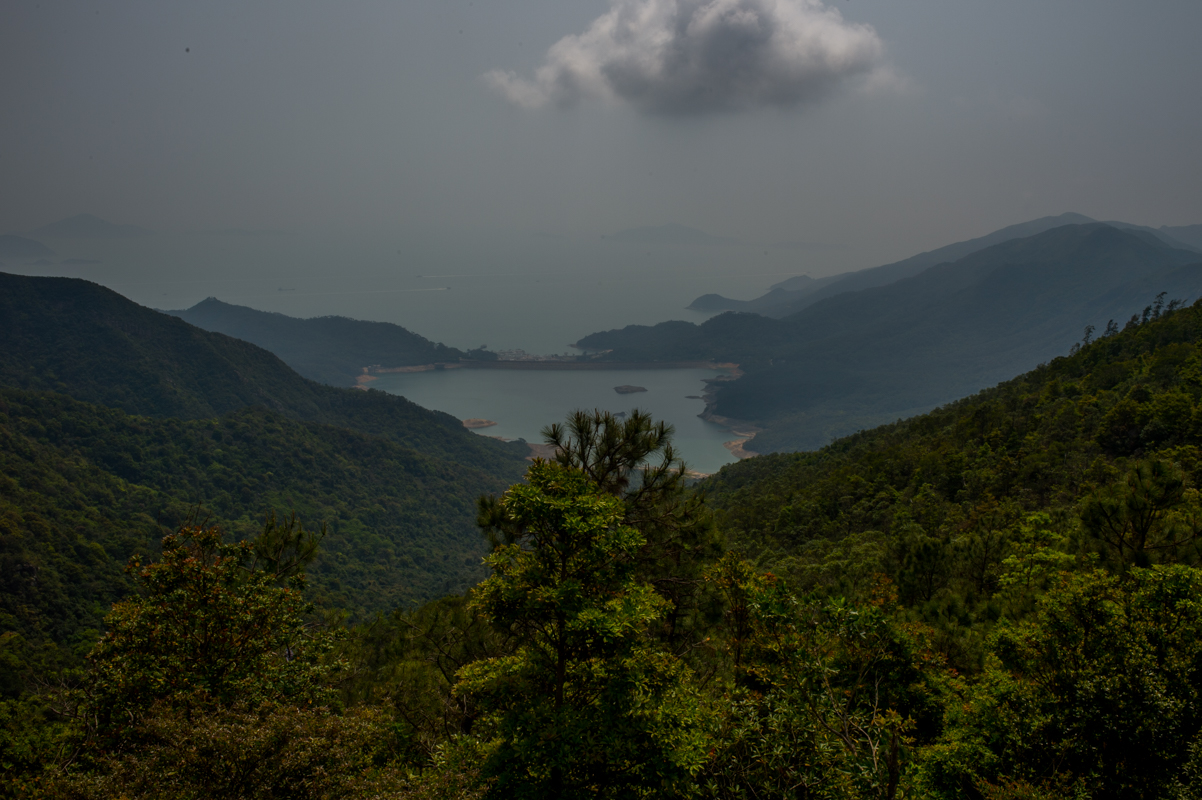 Here is my first actual blog on traveling. There’s a lot to cover, and to be honest, I’m not sure where to start. Do I focus on just the facts? Keep the words to a minimum and post all sorts of pretty pictures? Make this more personal? Write for an audience? For myself? I think I’m gonna just write this and see where it goes.

History: Since one of my goals is to bone up on my world history, here’s some historical context behind Hong Kong, presented by China Mike. Hong Kong existed as an unassuming fishing village up until the 1700s. Because of its convenient location on the South China Sea, it was a hot trading port for the Europeans and Chinese. Then the British became hooked on tea, and the Chinese couldn’t care less about what they brought to the table so they kept tariffs on tea high. The British didn’t like this, so then they hit back with a high of their own—opium. The Opium Wars commenced, and then the Chinese lost control of Hong Kong, ceding it to the British as part of the Treaty of Nanking, which led to the colonization of Hong Kong!

The Japanese overtook Hong Kong for a hot second during World War II, but then the British took it back after the Allies emerged victorious. A few decades later, civil war broke out in China, and Chinese refugees and businessmen immigrated to Hong Kong as a result. This began Hong Kong’s reign as an economic powerhouse, and more business was generated as the U.S. used Hong Kong as an R&R station for troops during the Vietnam War and lifted trade sanctions on China, reestablishing Hong Kong as a central hub for trade and economic growth between the superpowers.

In 1997, the British returned the colony of Hong Kong to China, and after much protest (the people of Hong Kong did NOT want to lose their autonomy) it was declared a Special Administrative Region, meaning that China would not impose its socialist regime on Hong Kong for at least another 50 years, leaving Hong Kong to its capitalist ways.

Present-day Hong Kong is truly an international hub of business, with shopping centers, skyscrapers, and money flowing everywhere you turn. This also means that Hong Kong ain’t a cheap place to visit, but the cost of goods aren’t out of this world. Its official languages are Cantonese, Mandarin, and English, making it a pretty easy place to navigate.

Enough about history, here’s my experience.

Day One in Hong Kong is complete and I’m currently existing in Day Two, sitting in one of the thousands of shopping centers in this city because my ferry to Macau doesn’t leave until 3:4opm (more on this later). After getting into my hostel a little after 8pm on Wednesday, I stayed up a bit to fight the jet lag and played cards with a handful of other guests at the hostel. There were two people vacationing from the mainland and an English guy who had actually just come from the Philippines, so we talked about some of the whale watching and water sports you could do out there.

Note: Playing cards are a must when meeting new people while traveling because all human beings, no matter where they’re from, are awkward when they have nothing to do with their hands. Plus, it helps break the language barriers. 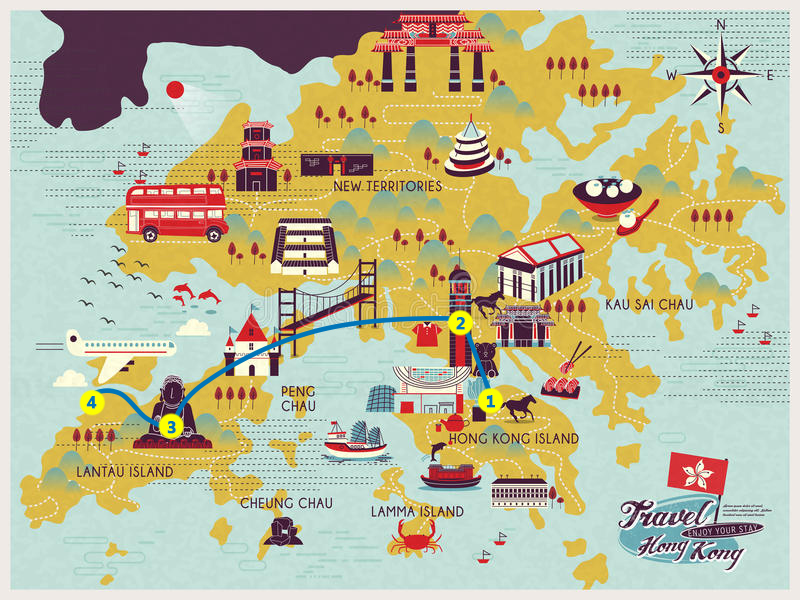 The hostel, Pandora After 80s, is situated within an older apartment building highrise on Causeway Bay in the north part of Hong Kong Island (#1 on the map). Causeway Bay is one of Hong Kong’s major shopping districts and is known for having among the most expensive rental units in the world. It was a bit difficult to find since the building was a private residential area, and I wasn’t sure which floor to go up to. Luckily, a handful of other backpackers showed up around the same time and I just followed them up the elevator.

Pandora After 80s has as much charm as you would expect an old highrise with no windows to have, but its location is within walking distance of the MTR Causeway Bay stop as well as within earshot of many major bus and ferry lines.

2. Taking the Ferry to Kowloon

I woke up around 5am the next day and decided to take a walk around the area. With the exception of a McDonalds, most places were shut down by that time and were not scheduled to reopen until 10am. Though Hong Kong is known for being a huge economic hub, it did not seem like an early to bed, early to rise kinda city (at least not the area in which I was staying). 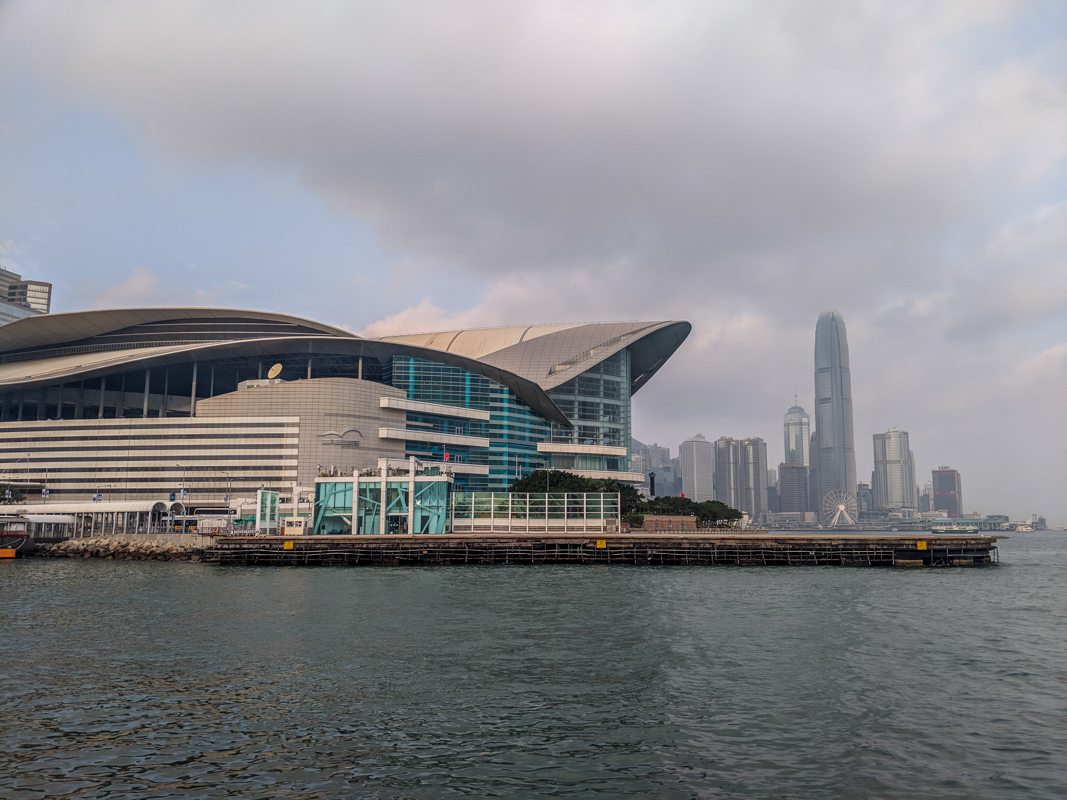 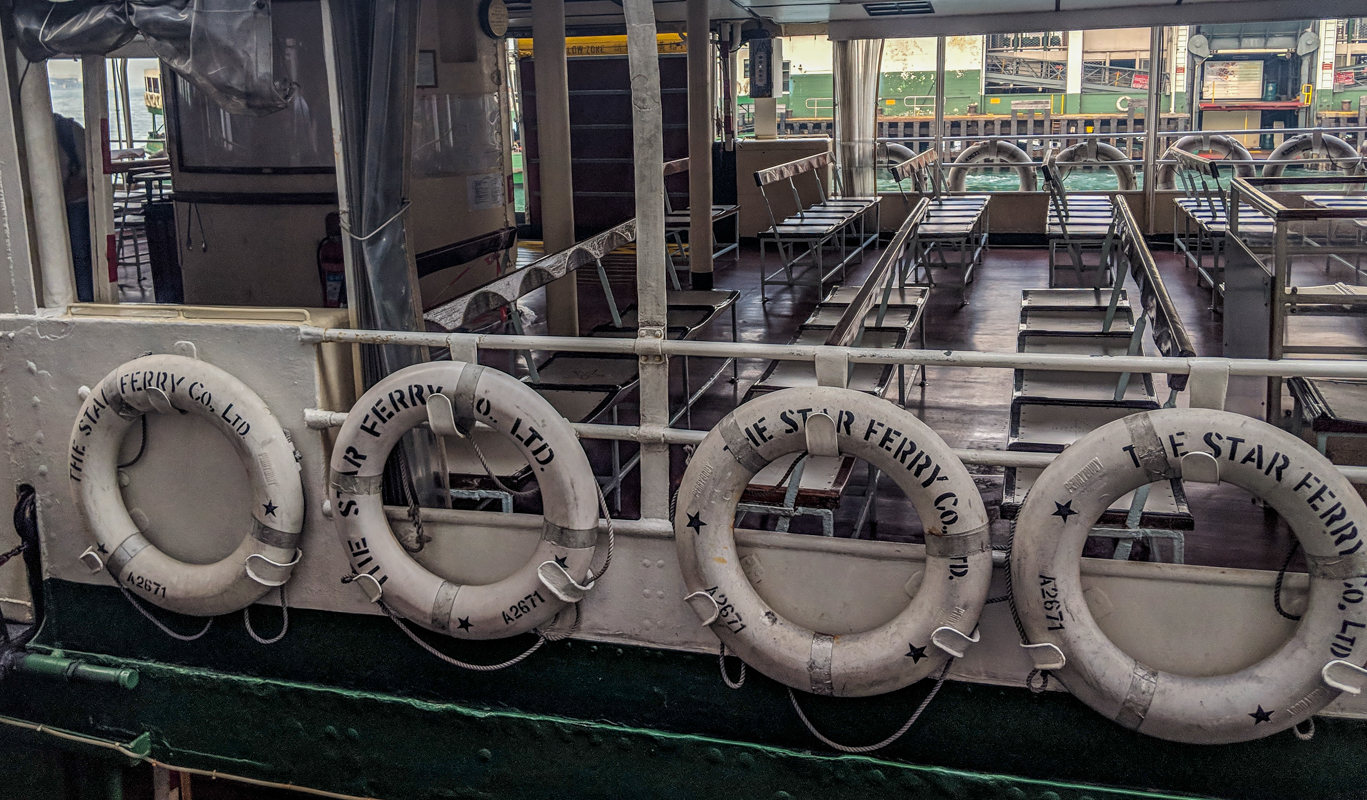 I hopped on the Hong Kong Star Ferry and took a quick 20-minute ride north across the bay to Kowloon. Kowloon is an arts and entertainment district, home to several museums and the Hong Kong Philharmonic. I took a stroll around the harbor and walked through Kowloon Park, spending a couple hours reading a book and watching several yoga/tai chi sessions take place. 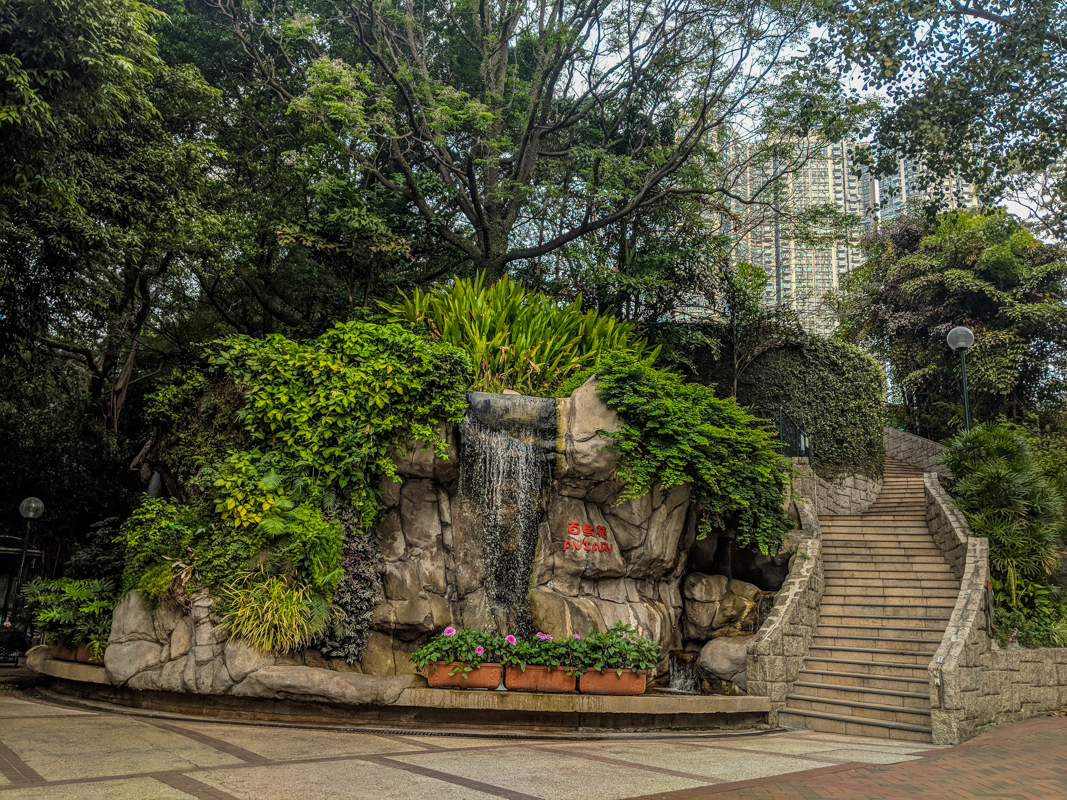 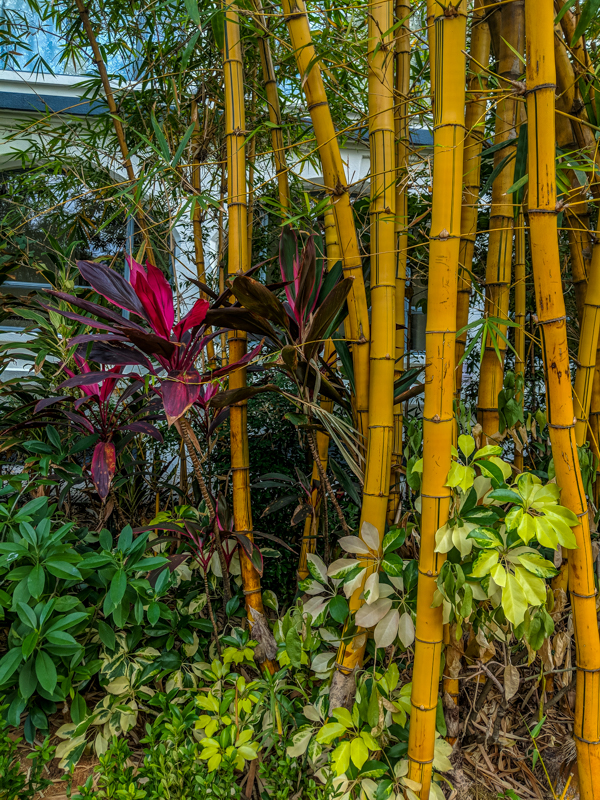 From Kowloon, I took the MTR train to the Tung Chung station on Lantau Island with the intent of seeing the Tian Tan Buddha and hiking the Lantau Trail. Lantau Island was a breath of fresh air (literally), giving a break from the towering skyscrapers of the Island.

To get to the Tian Tan Buddha from the Tung Chung station, you have the option of taking the cable car, riding the #23 bus, or walking. The bus fare was only $17.50 HKD one way and took about 40 minutes. 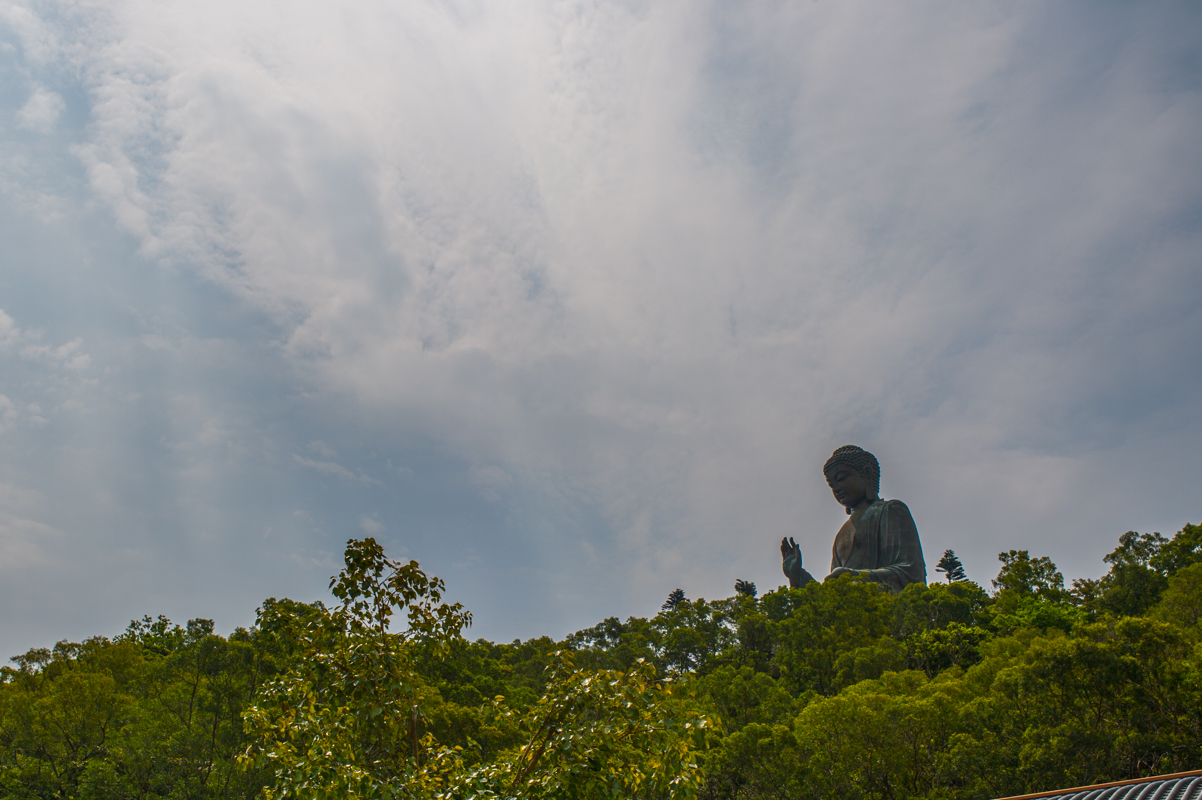 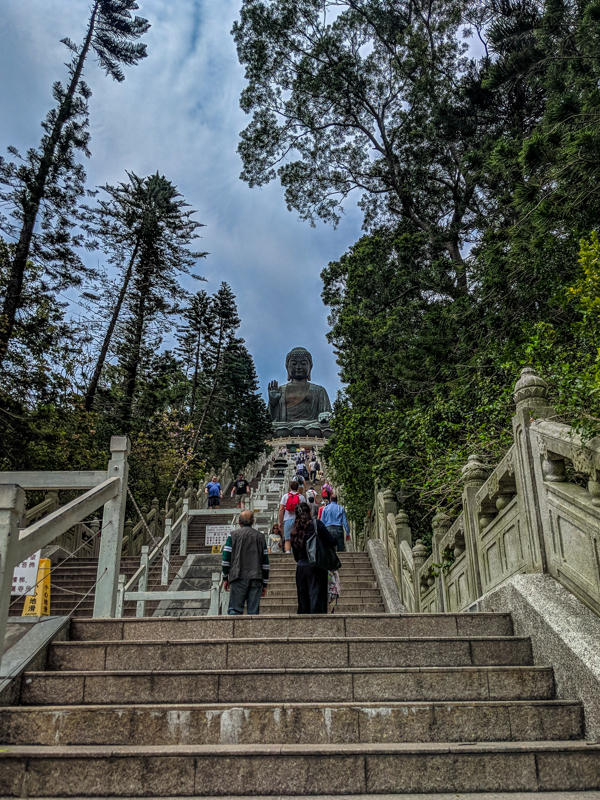 I arrived around 10:30am and expected to see massive crowds, but it wasn’t too bad. You have the option of purchasing a vegetarian lunch along with your admission to the museum at the base of the Buddha.

The Tian Tan Buddha is the second largest standing Buddha in the world (the first is in Taiwan), standing at 112m and weighing 250 metric tons. You can climb around 268 steps to reach the base of the Buddha, see the offering of the six devas, and visit a small museum containing Buddhist art and a relic of Gautama Buddha. There is no admission fee to visit the Buddha or the Po Lin Monastery, unless you want to go into the museum. 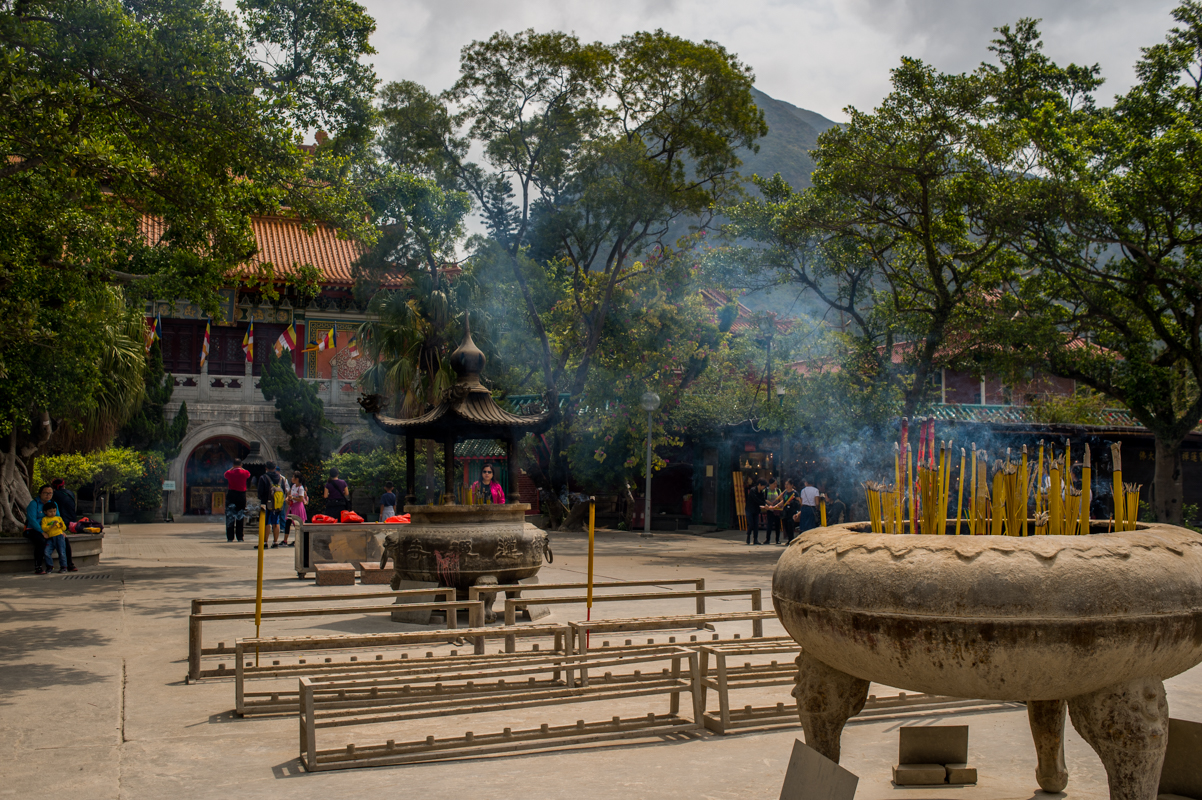 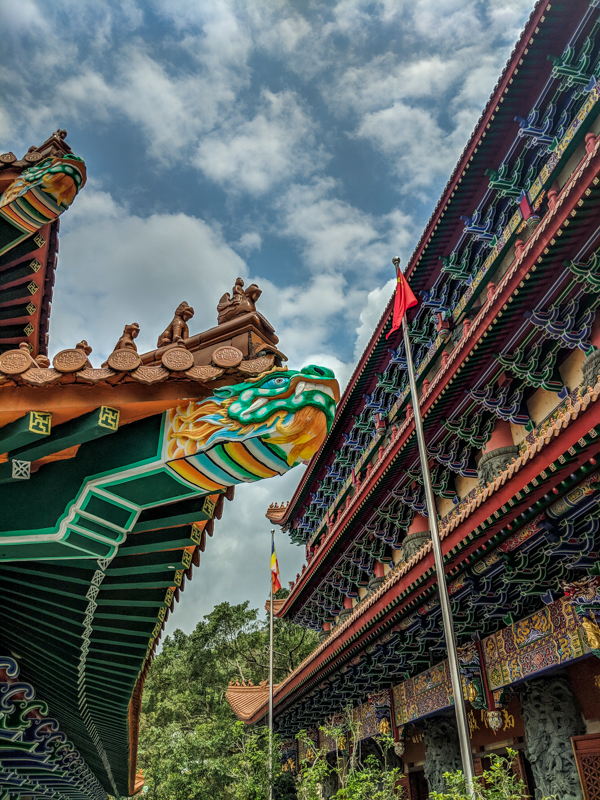 People from all over Asia come to pray and worship at the Po Lin Monastery, and visitors can roam around the grounds and explore all the different structures of the monastery. The Hall of Ten Thousand Buddhas was definitely my favorite.

It was at this point I stopped into the vegetarian restaurant to have lunch. After sitting there for about 20 minutes, they sat another solo traveler at my table, and we commenced our 4-course meal.

I’ll talk more about this later, but the conversation with my meal companion ended up being one of those crazy kismet experiences that you only have once every few years. One of the things I love about traveling solo is how much more likely you are to have substantial conversations with strangers. She was in Hong Kong for a business seminar (she’s an independent consultant), and after talking about our backgrounds, we learned that both of us pursued the same graduate degree (student affairs in higher ed) and neither of us work in the field anymore! She had also lived in Chicago several years prior and her husband worked for city transportation, so we were able to connect on the road construction project that’s going on in my neighborhood.

Anyway, she had worked in similar fields (higher ed, nonprofit) before she started her own business, and after the meal, I looked her up on LinkedIn and discovered we both went to the same undergrad. Life is crazy, right?

We went our separate ways, and I spent some time walking the Wisdom trail, which is a pretty short, 15-minute trail adjacent to the monastery. It connects to a section of the Lantau Trail, a 12-section, 70 kilometer trail that goes around the entire island. 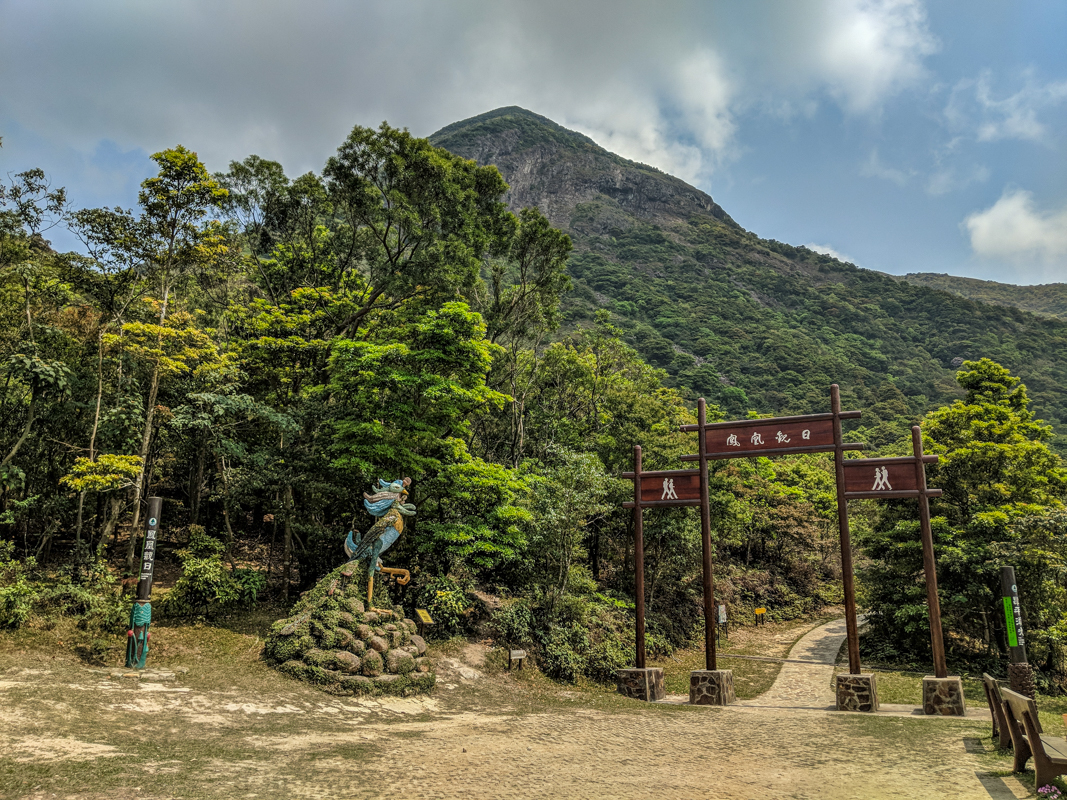 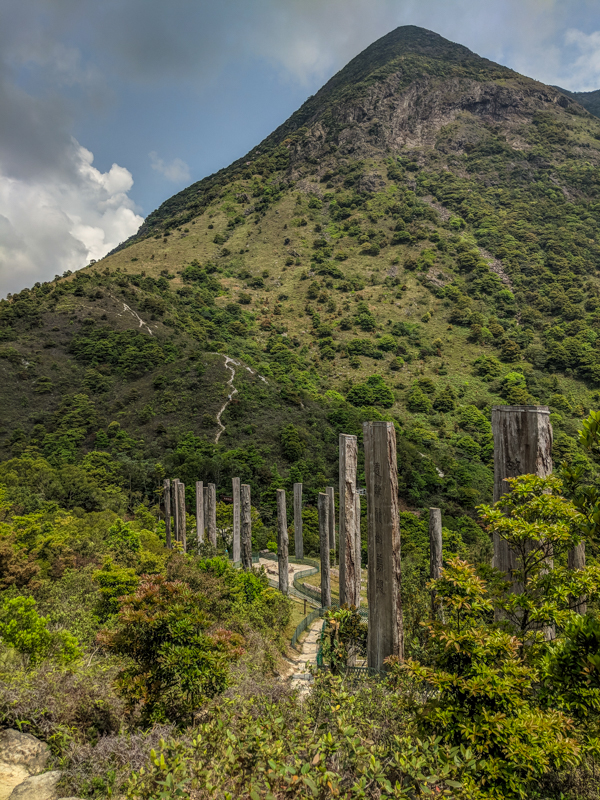 I wanted to hike a section of the trail, but my meal buddy had also mentioned a 9.5 km trail that connected to the Tai O Fishing Village on the northwest side of the island, so I decided to do that instead.

Oh my gosh. I’m predicting this will probably be the fourth dumbest thing I do on this trip, but after the fact, I have zero regrets and I’d do it again (but maybe with more appropriate clothing).

So I’m not sure why I decided to wear a dress and sandals when I planned on hiking, but I did. And while I was hiking the Wisdom trail, I noticed how uncomfortable the shoes got, especially on steep inclines. But #YOLO, I was determined to make it work.

The first thing that happened was I completely lost cell signal. Not that 2G was super fast on my phone anyway, but I had nothing but a map to get me through the hike, which was no big deal for the first part of the trail.

I headed west along section 4 of the Lantau Trail, which just ran downhill along Ngong Ping road out of the village for about 2km. Then I took a right onto Sham Wat Rd, which I immediately realized was a one-way service road without sidewalks and definitely not made for walking. But I figured that maybe eventually there would be a trail I could hop on that ran parallel to the road. Nope. Just more winding switchbacks, and by the time I was a kilometer in, I decided I wouldn’t turn back and threw thoughts and prayers into the wind that a car wouldn’t come speeding around the bend and run me over (Hong Kong drivers like to drive faaaaaast).

It was that fear and constant listening for vehicles that kept me from noticing how much my feet hurt and 5km later, I stumbled upon the village of Sham Wat, which connected to the Tai O Ancient Trail. 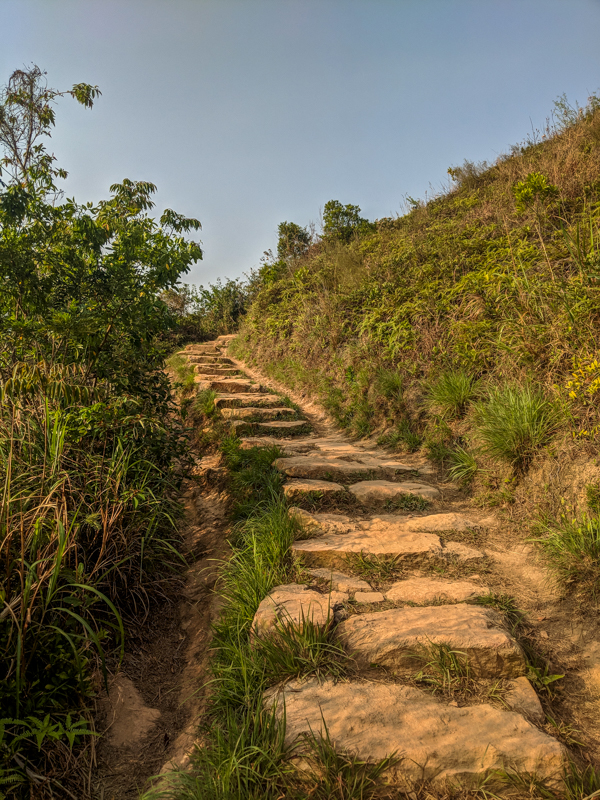 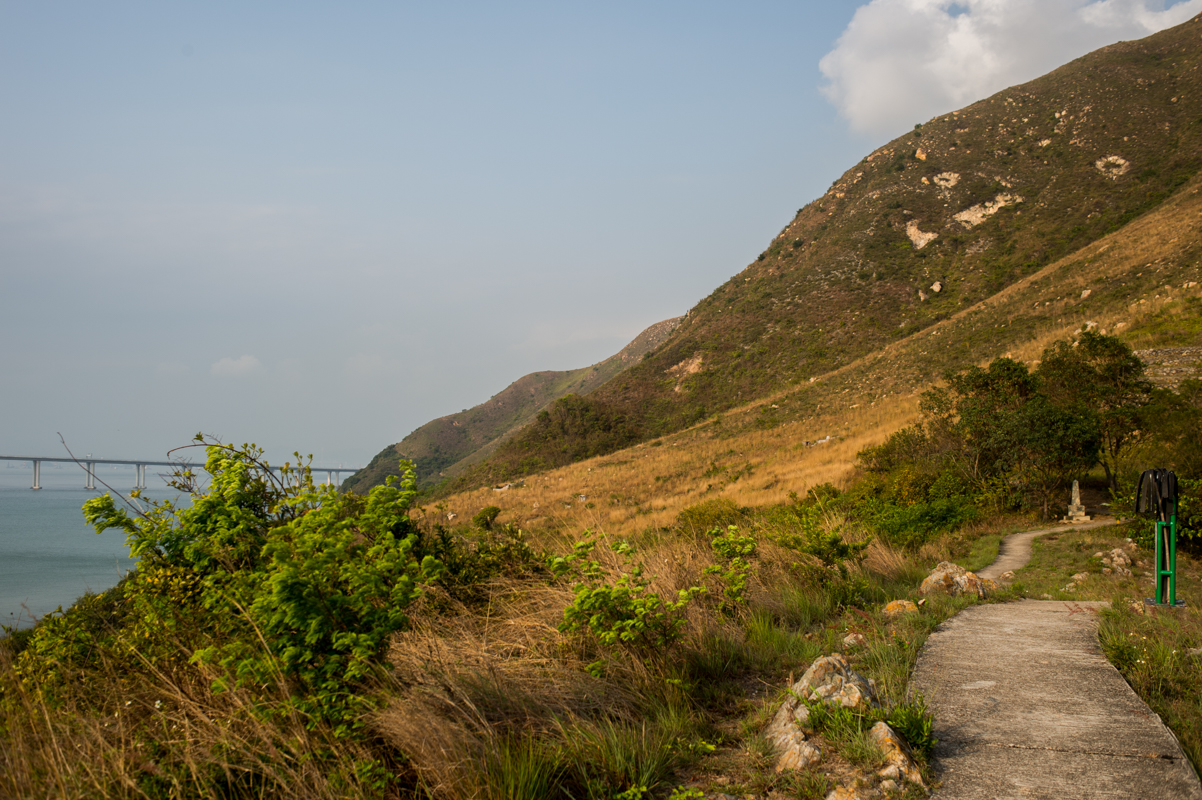 The 3km Tai O Ancient trail was mostly paved and ran along the shoreline into Tai O Fishing Village. It was pretty cool once I got to the descent into the village. 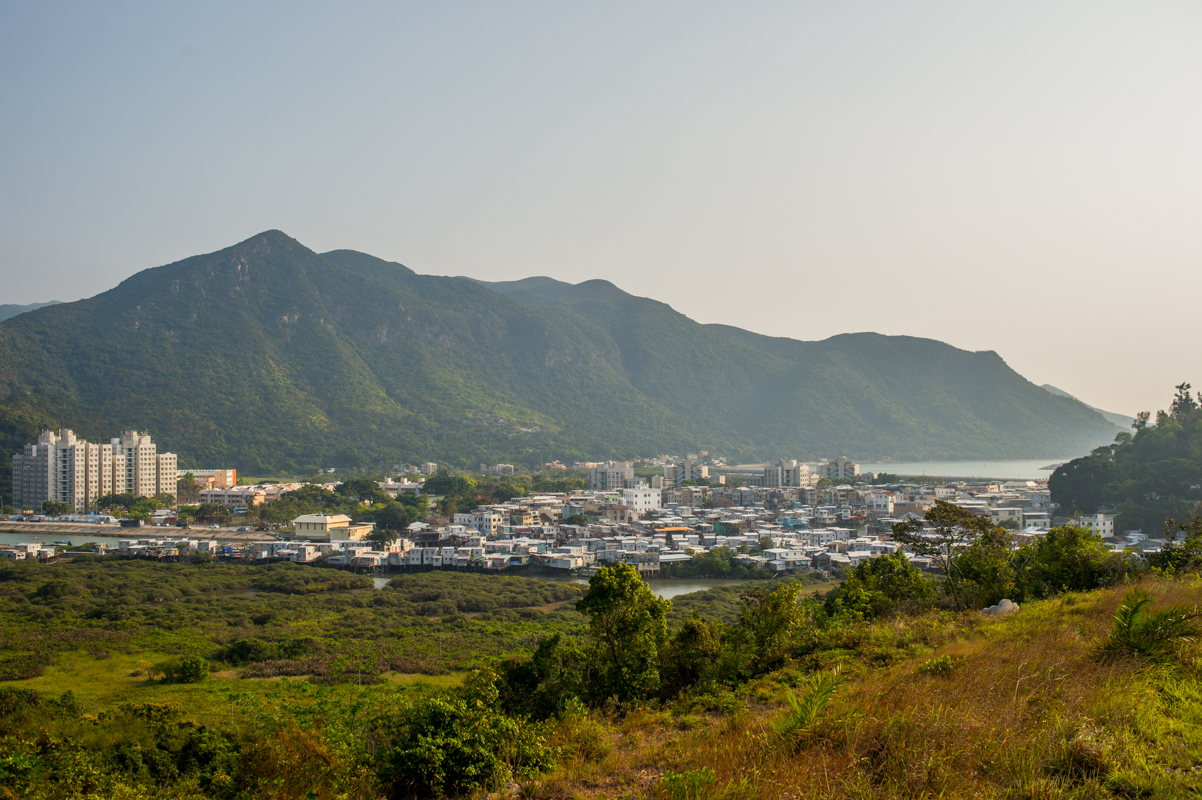 The trail led into the residential part of the village, which consisted of these awesome open-air houses on stilts. I started taking pictures before I realized that I was literally looking into people’s bedrooms (some of the homes did not have walls). 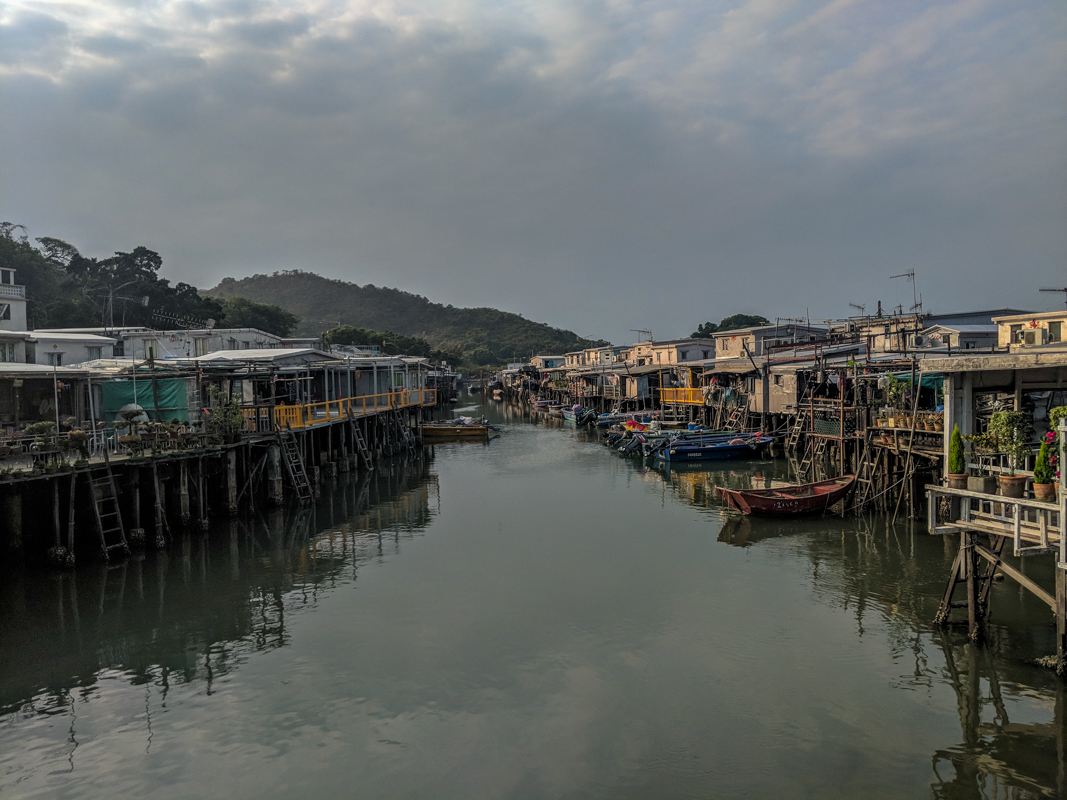 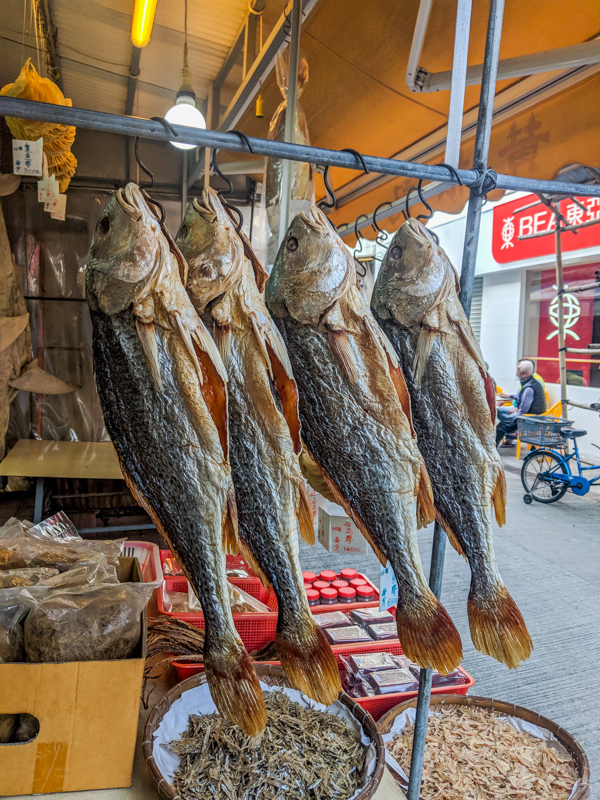 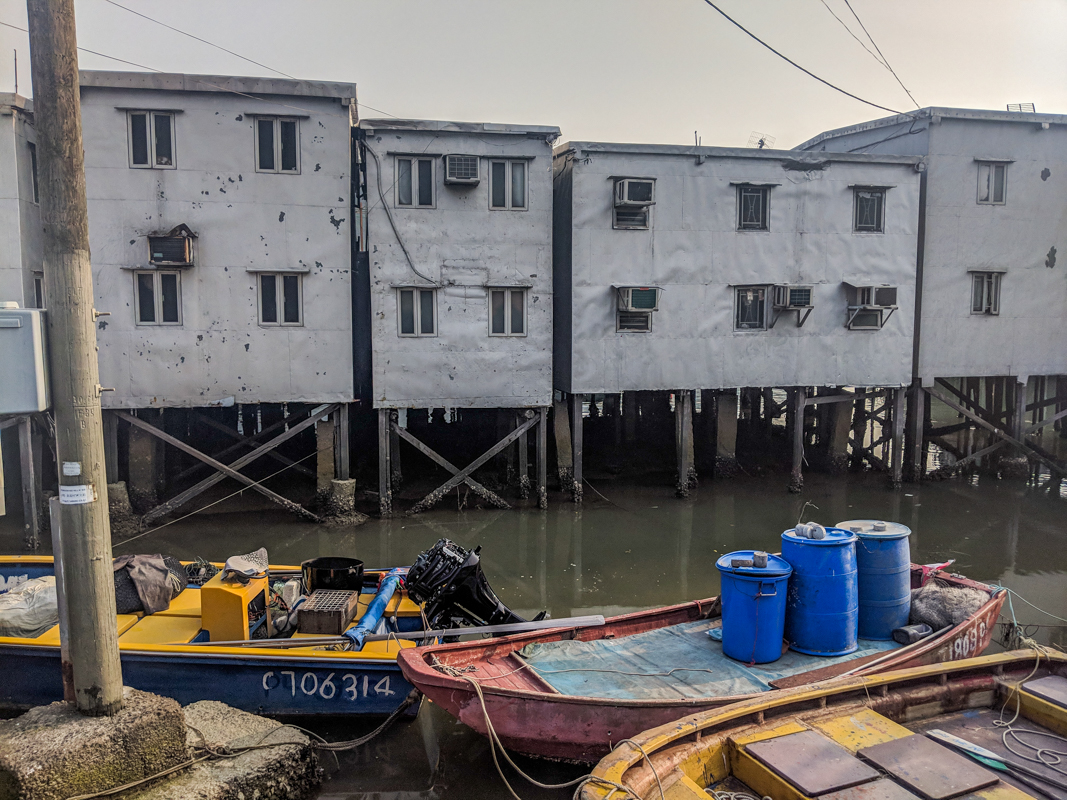 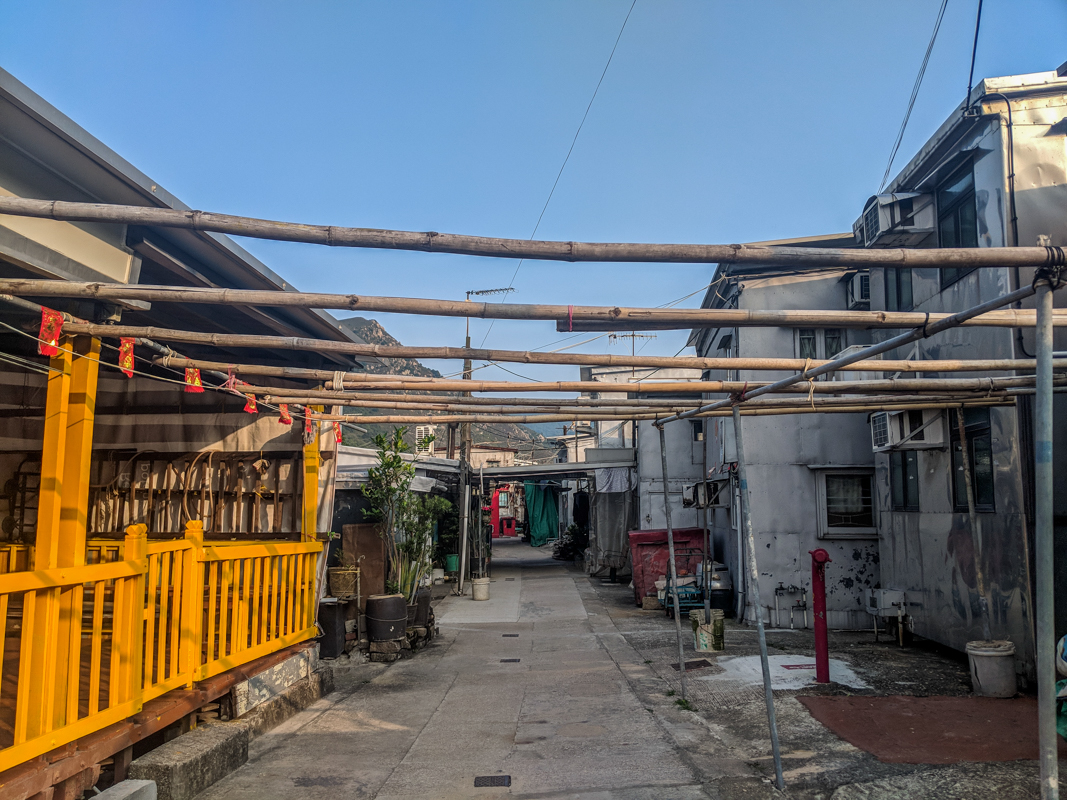 The village smelled of fish fry and kind of reminded me of my childhood in some weird way. Past the residential area was the Tai O Market, where the villagers sold their catches. After eating fish shumai, I went on a boat ride to see if we could spot some pink dolphins (they weren’t out), before finally hopping on the #11 bus back to Tung Chung station. 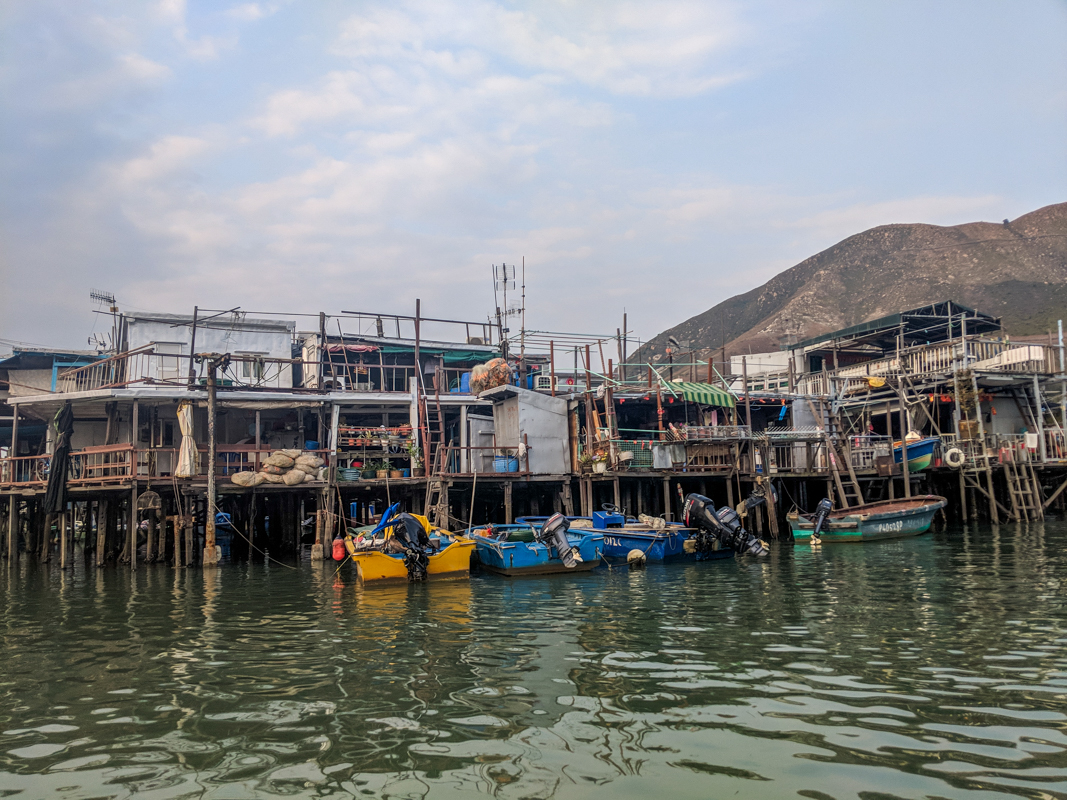 All in all, I loved Lantau Island and highly recommend it for people who aren’t as into the shopping culture of Hong Kong. Lantau Island is also home to Disneyland Paris. In fact, Hong Kong has a lot of interesting amusement parks, so that could definitely be added to the list of things to do in Hong Kong.

Next on the agenda for me… day trips to Macau and Shenzen, then a final day actually exploring the rest of Hong Kong Island!

What’s in My Bag: The Southeast Asia Edition
A Day Trip to Macau

Mango is ten weeks old today! 🧁 We've had her f