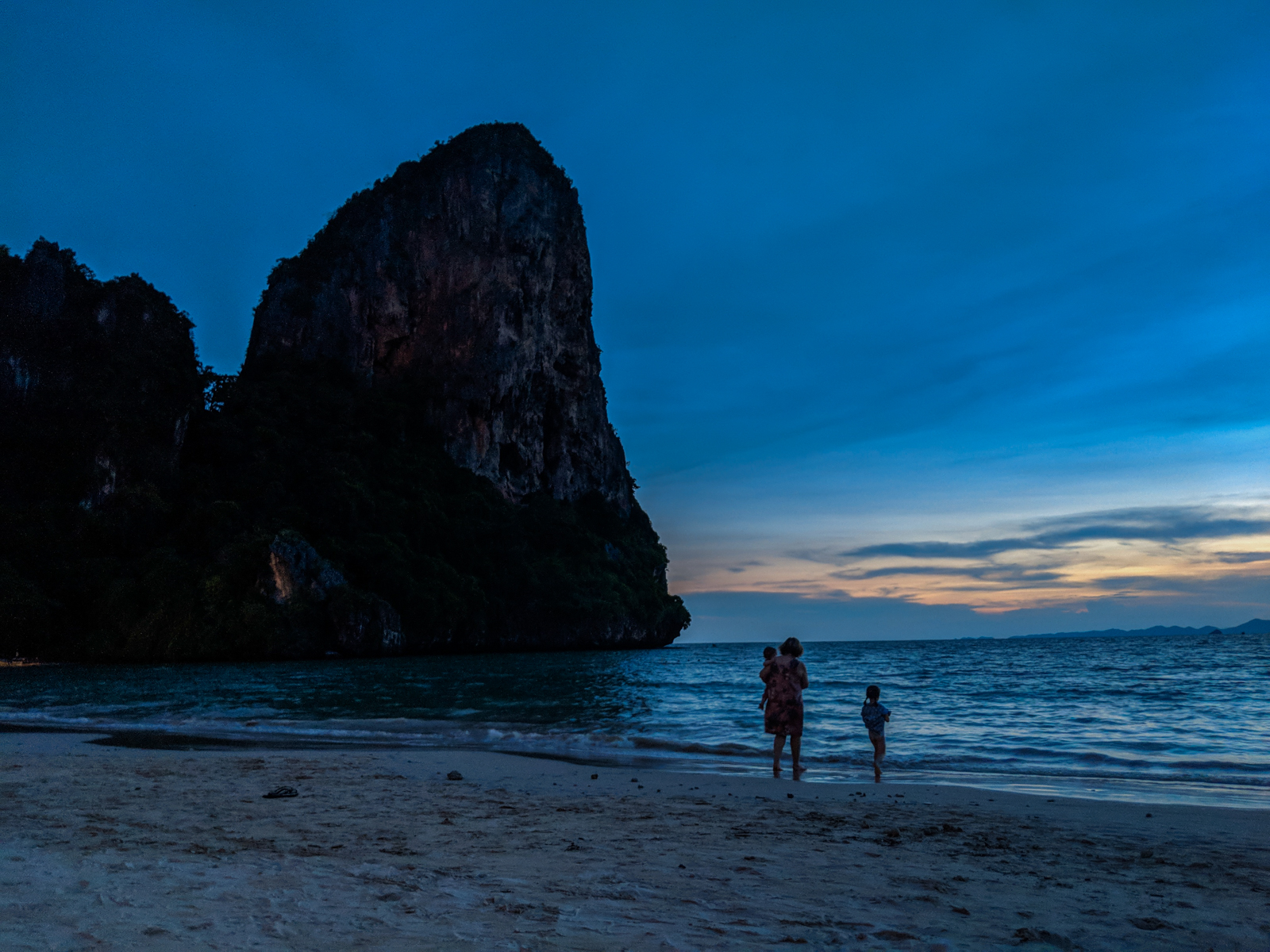 We were escaping from the humidity in Chiang Mai when Allison and I finally starting thinking about where we wanted to stay in southern Thailand. We had a flight to Krabi, and our options were:

I’m absolutely terrible at placing distance and geography before actually being in a place (plus Southeast Asia just has its own travel schedule and everything takes longer than you think). But between the two of us, we were able to figure out that Krabi Town was at least 30 km from the beach, so we were between Ao Nang and Railay.

Ao Nang seemed to be more accessible with more to offer, but the Phra Nang Cave that Allison wanted to see was closer to Railay, so we chose Railay.

What we didn’t anticipate was the challenge getting there.

The Journey to Railay Beach 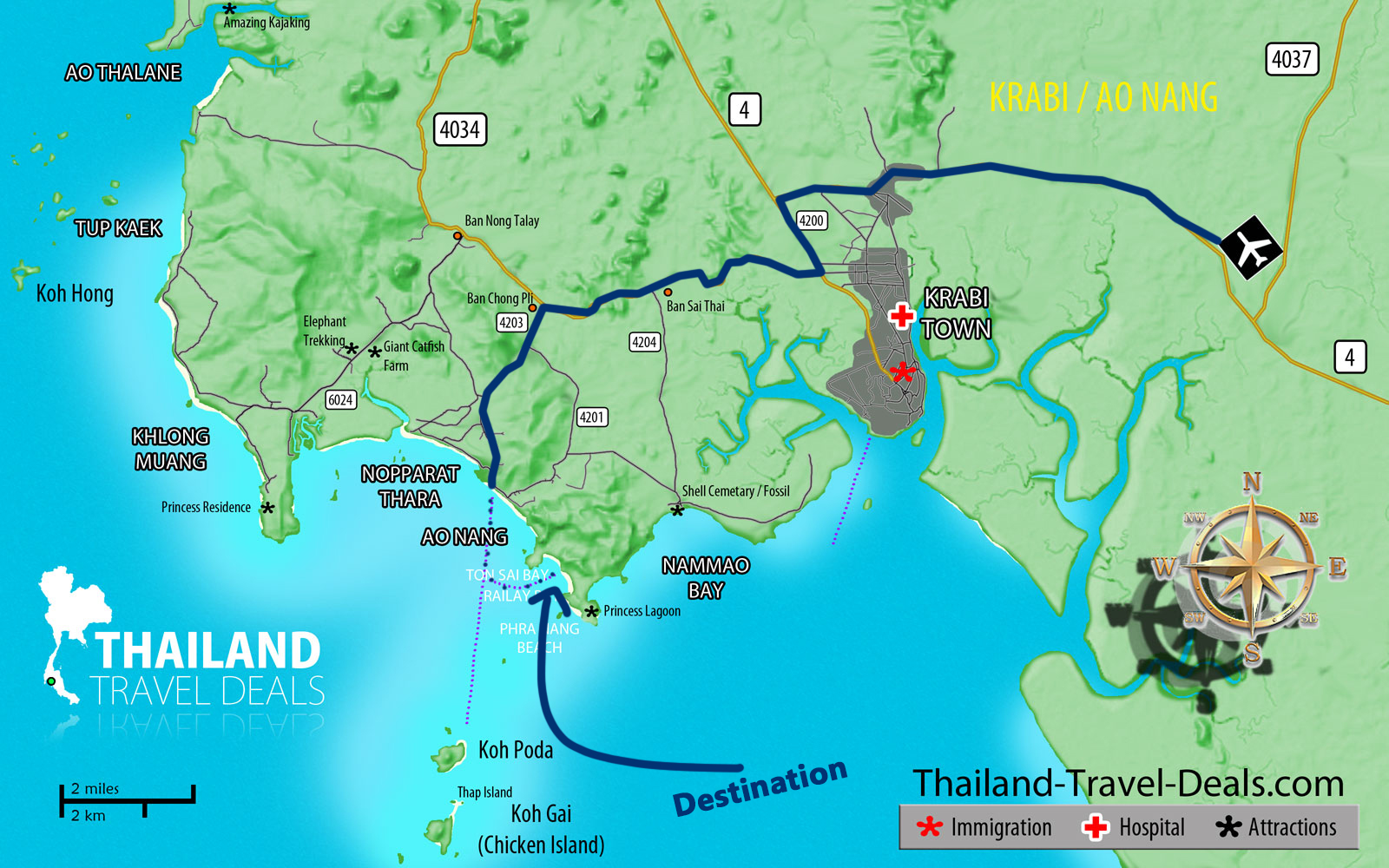 According to Google Maps, it was a 45 minute drive to Railay by taxi. Upon landing in Krabi, we found out that Railay wasn’t accessible by land because of the limestone cliffs, so we had to take a van to Ao Nang and then a boat to Railay.

This would not usually have been an issue since boats frequently ran from Ao Nang to Railay each hour, except we arrived in the middle of a thunderstorm (hey, it’s monsoon season!) and there were no other tourists in sight.

The sensible thing to do would have been to wait out the rain or to just book a place in Ao Nang and take a boat once the weather cleared out, but nope, we paid the boatman to take us out in the middle of the storm to Railay. 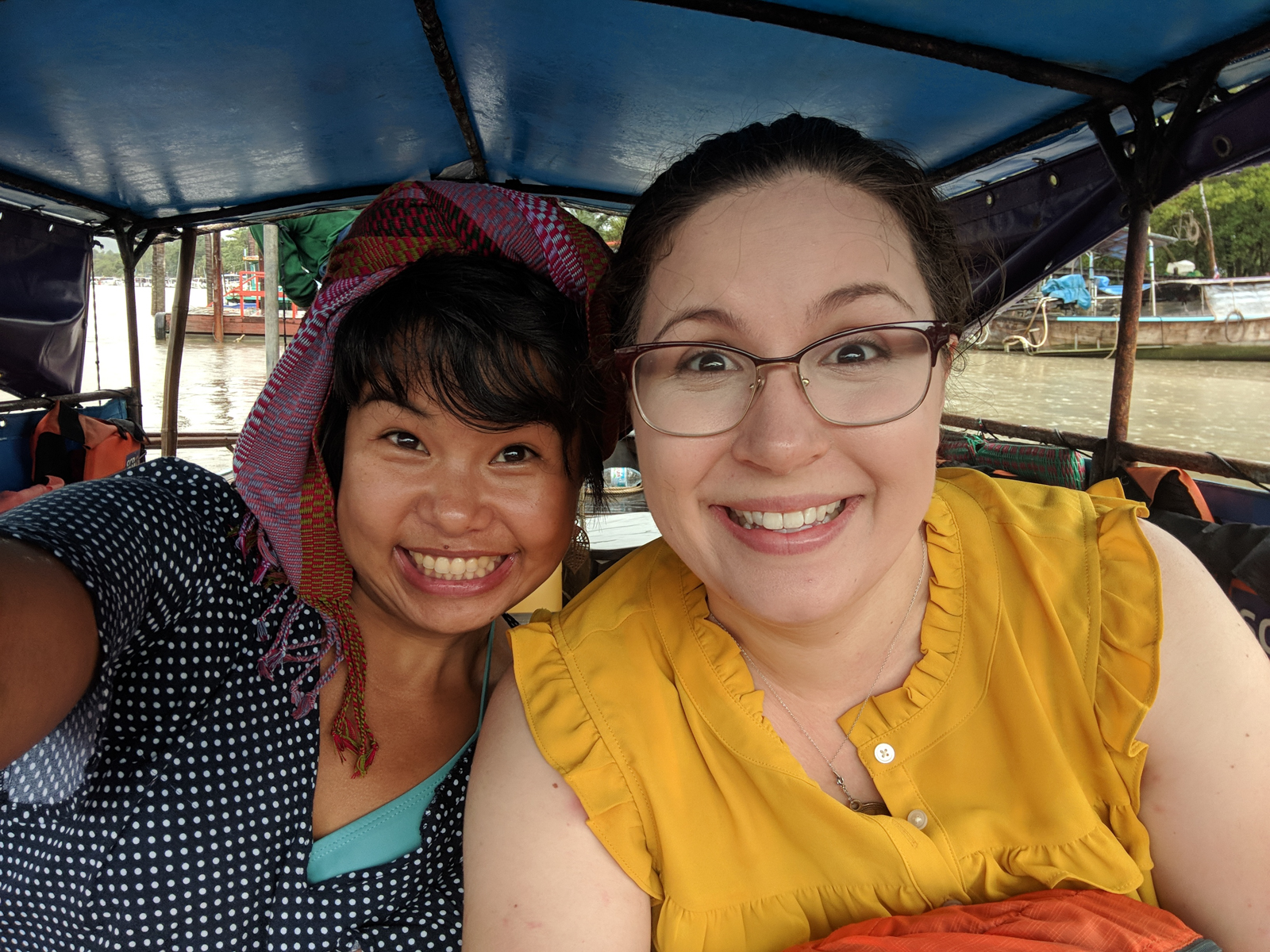 At the beginning of the boat ride 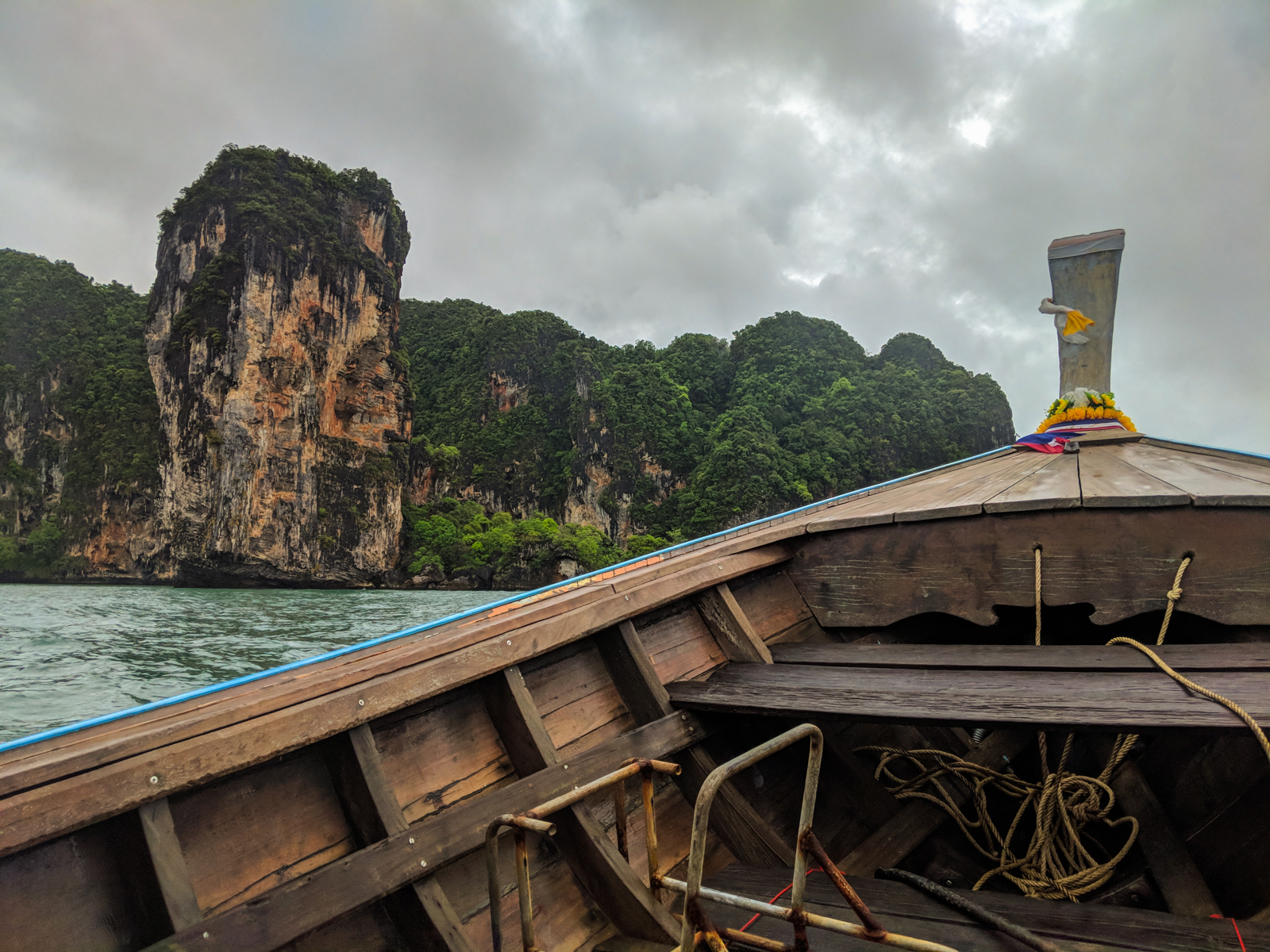 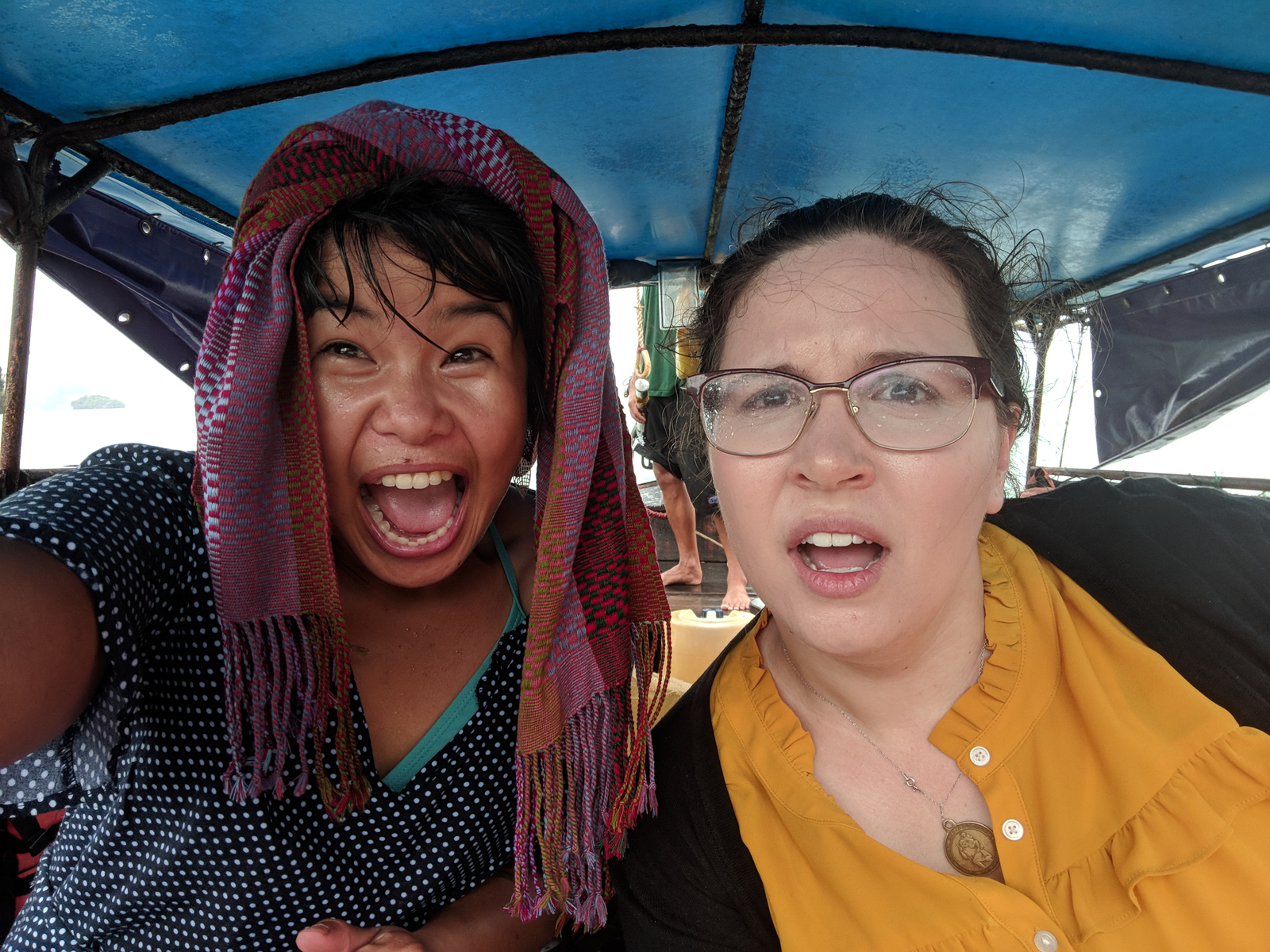 At the end of the boat ride

Once we arrived in Railay, we immediately went to our hotel and aired our things out. 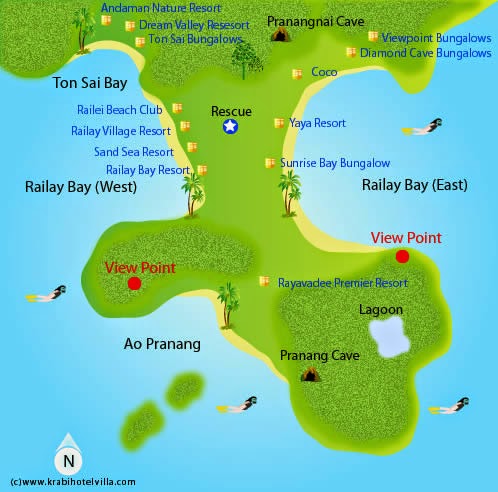 Railay has two beaches, East and West, connected by a few pathways across the stretch of land. It takes about 10 minutes to walk from one beach to the next.

Railay West is the more picturesque of the two beaches, with limestone cliffs adoring each end, and a low tide view that doesn’t make you afraid you’ll get tetanus by swimming in the water. 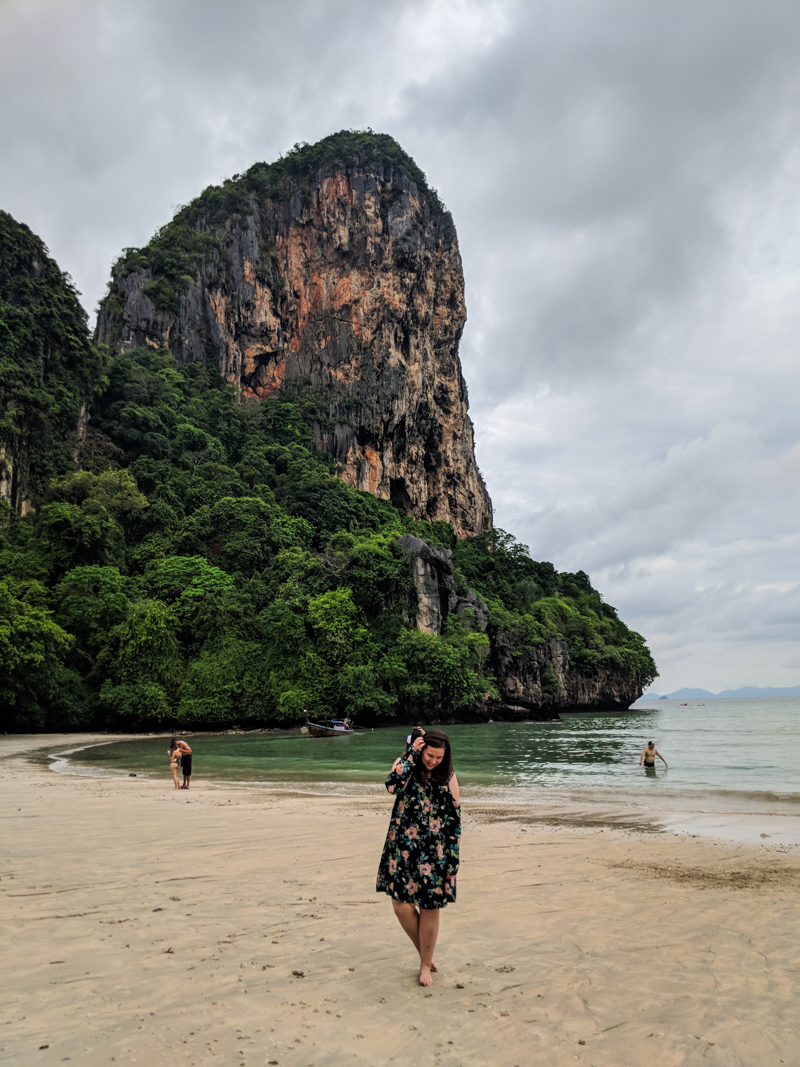 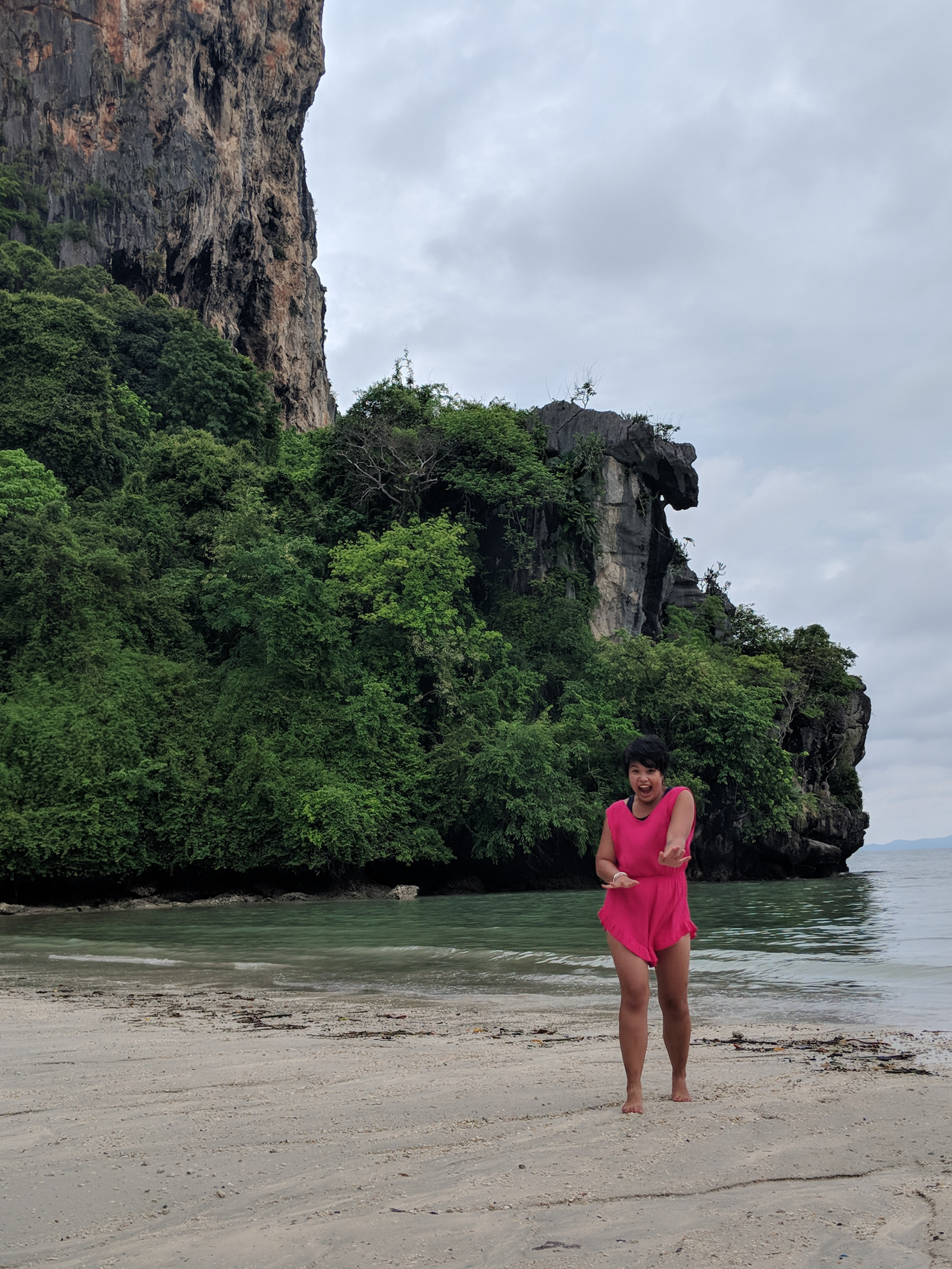 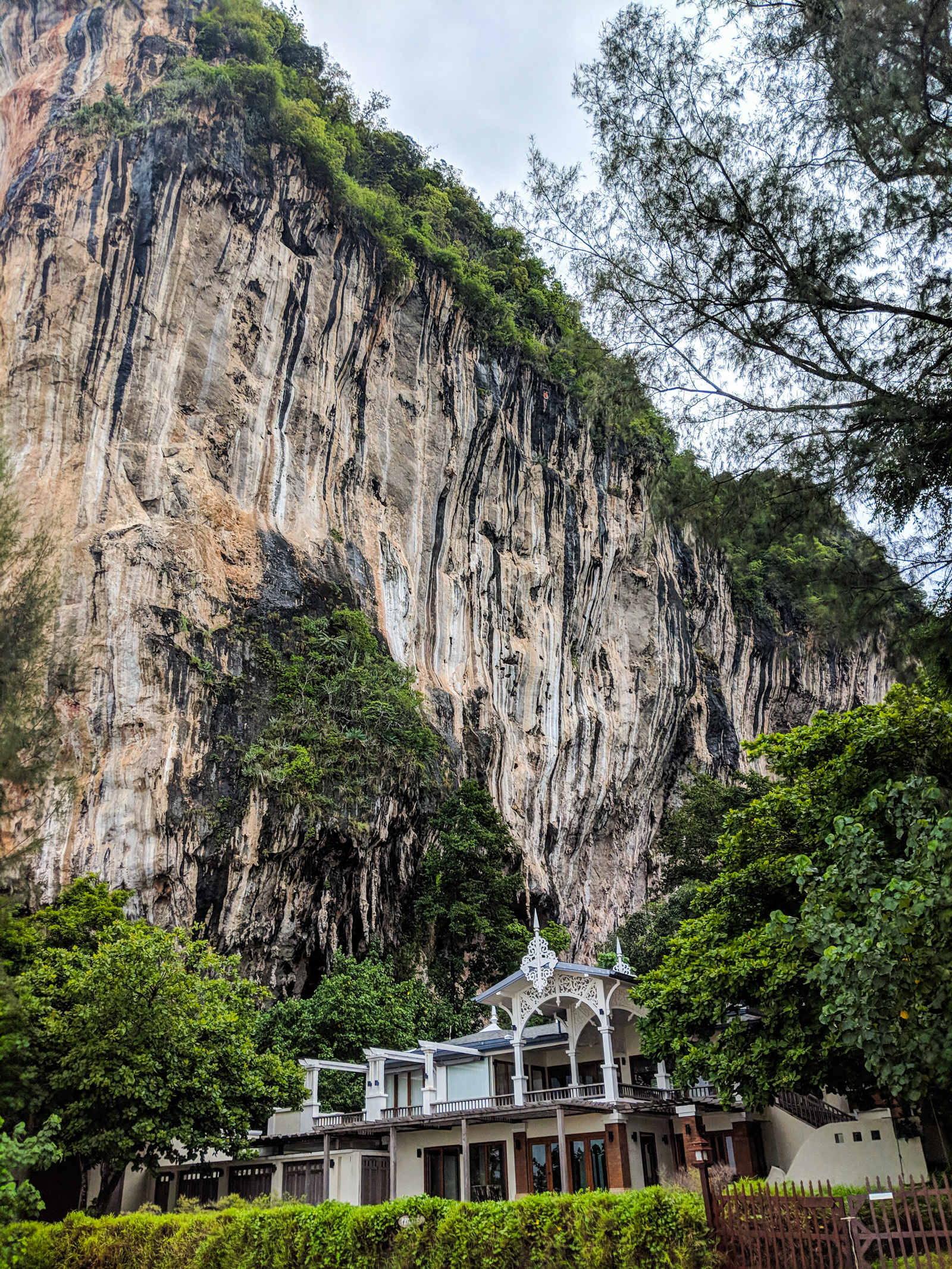 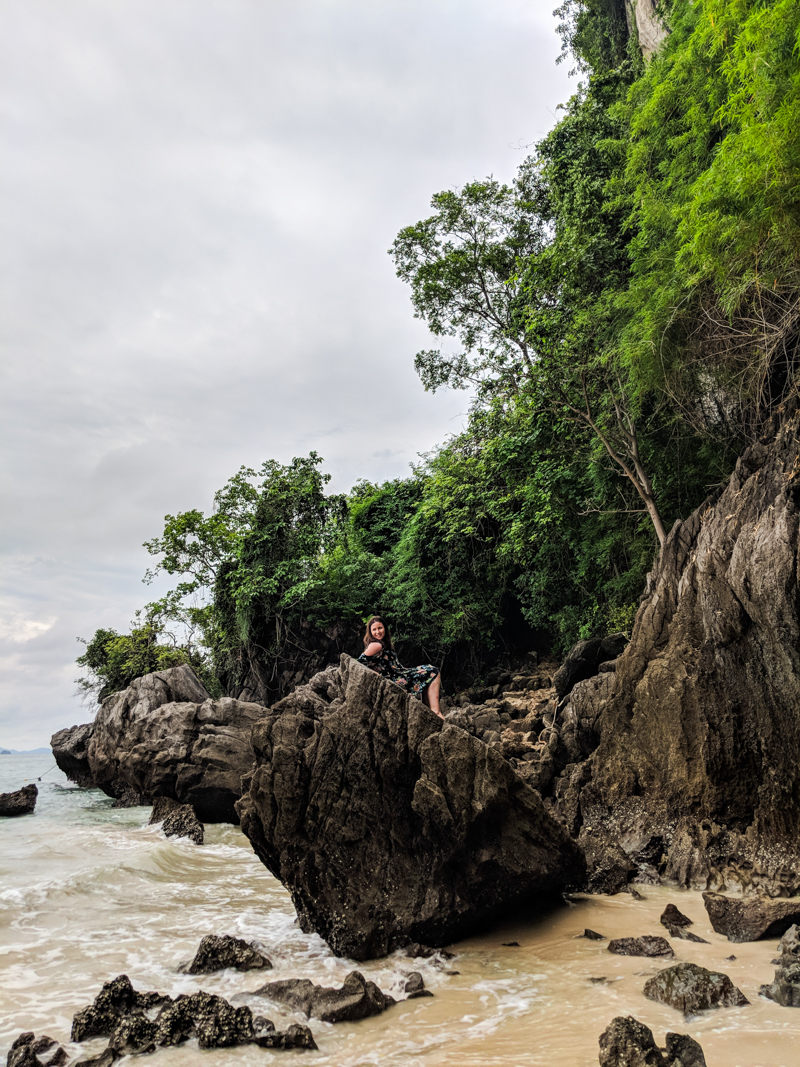 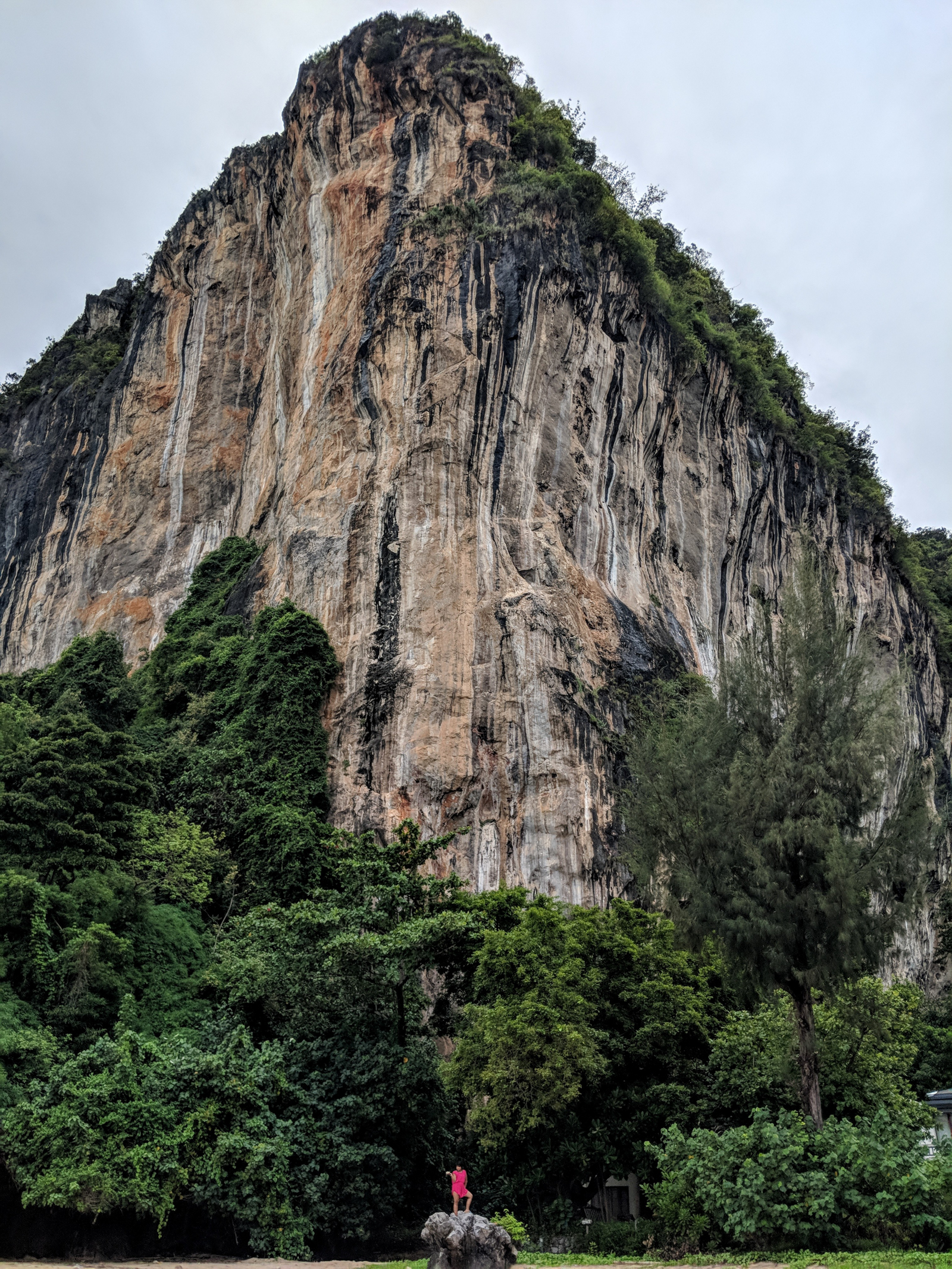 Railay East is where all the good restaurants and climbing is located, but the mangrove lined beach ensures that no one wants to touch the water with a 10-foot pole. 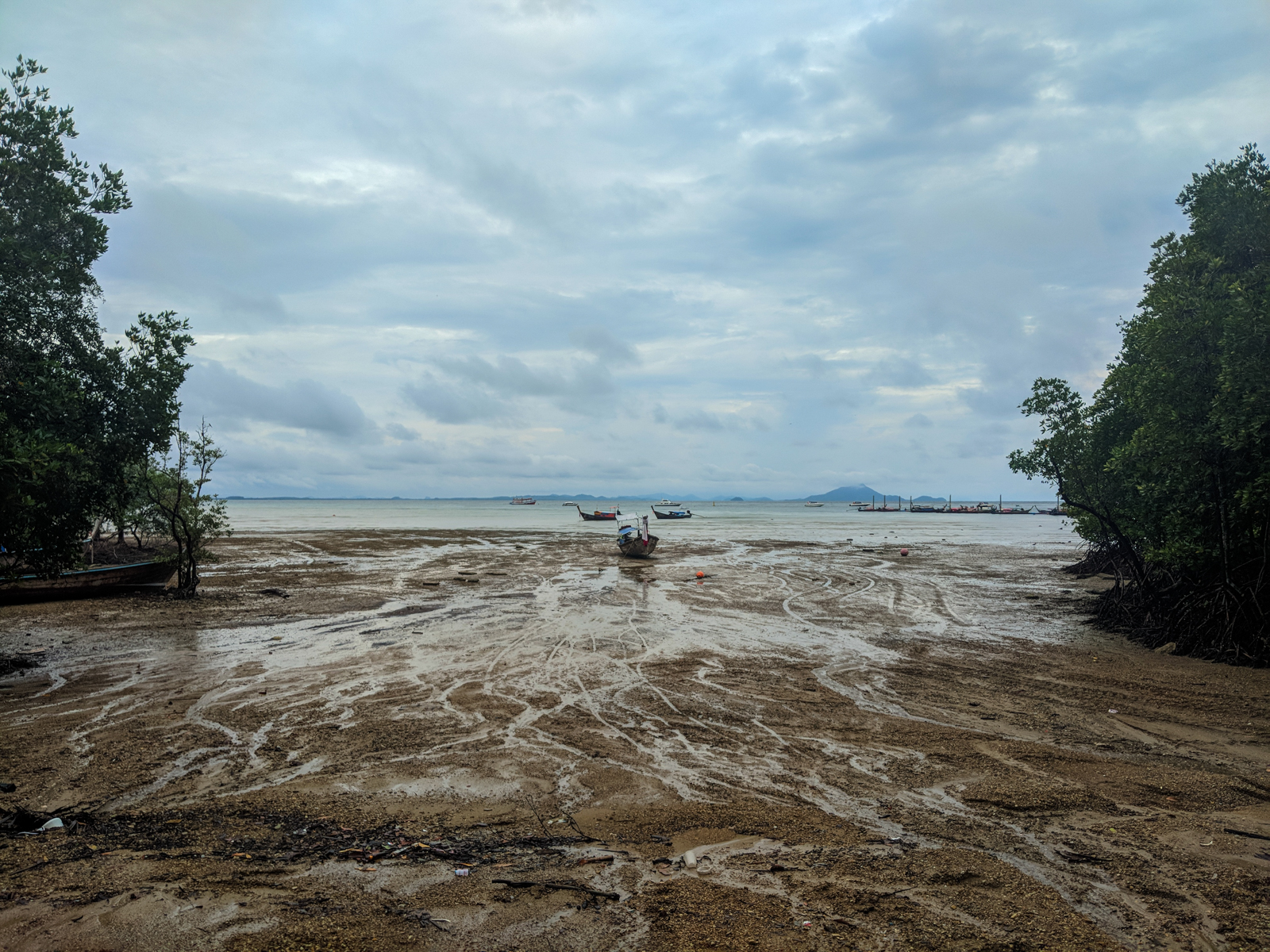 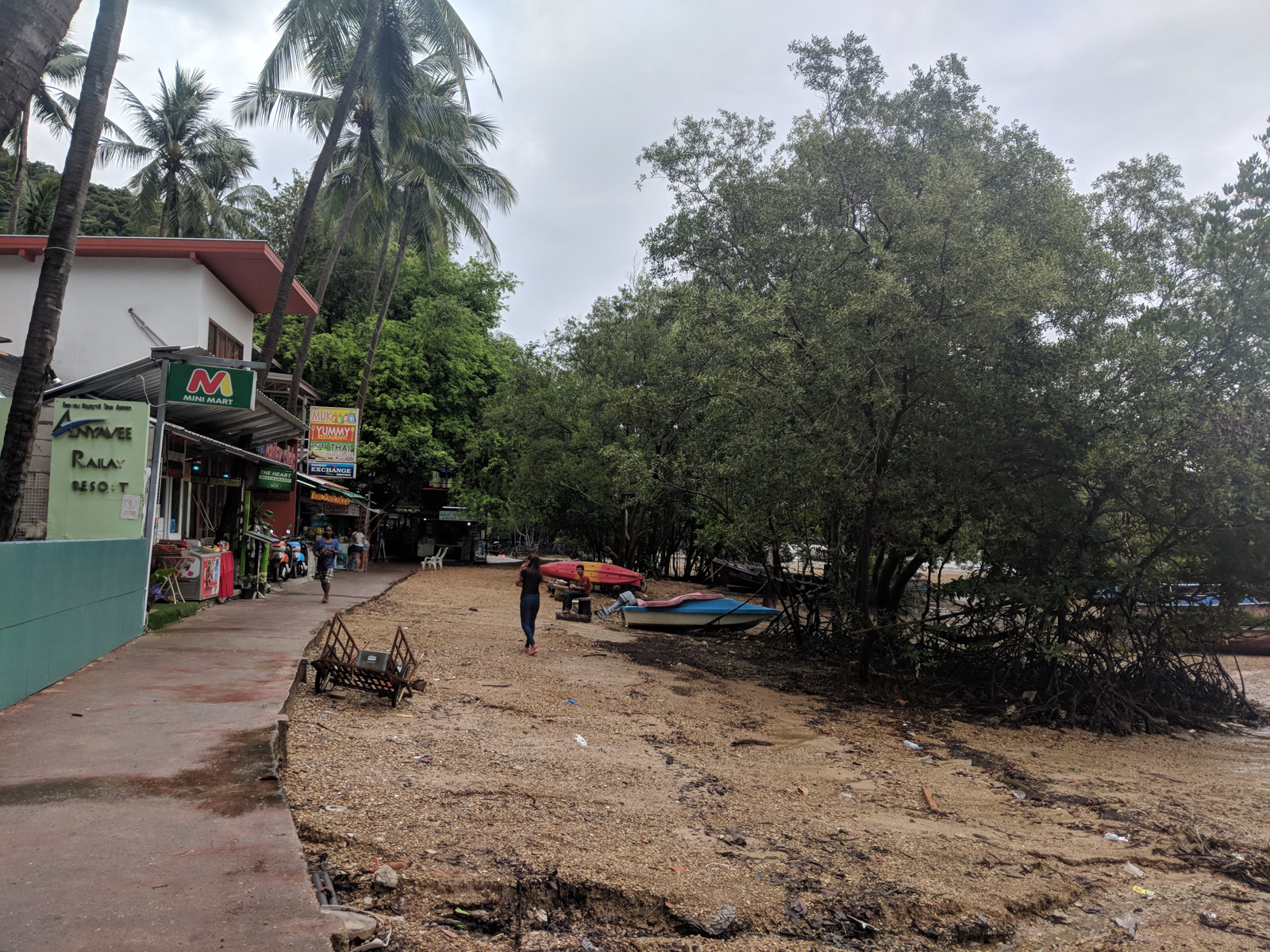 Although Railay is connected to the mainland, its isolated position among the cliffs gives off that island vibe. Tonsai climbers describe Railay as “uppity” and “posh.” I wouldn’t go as far as to say it’s that—but you are paying for the view, not the service.

Resorts line both beaches, while the path down the middle offers an assortment of climbing shops and chill bars. We ended up going to a treehouse bar by our hotel for dinner, and it was lovely and relaxed and it had great food. 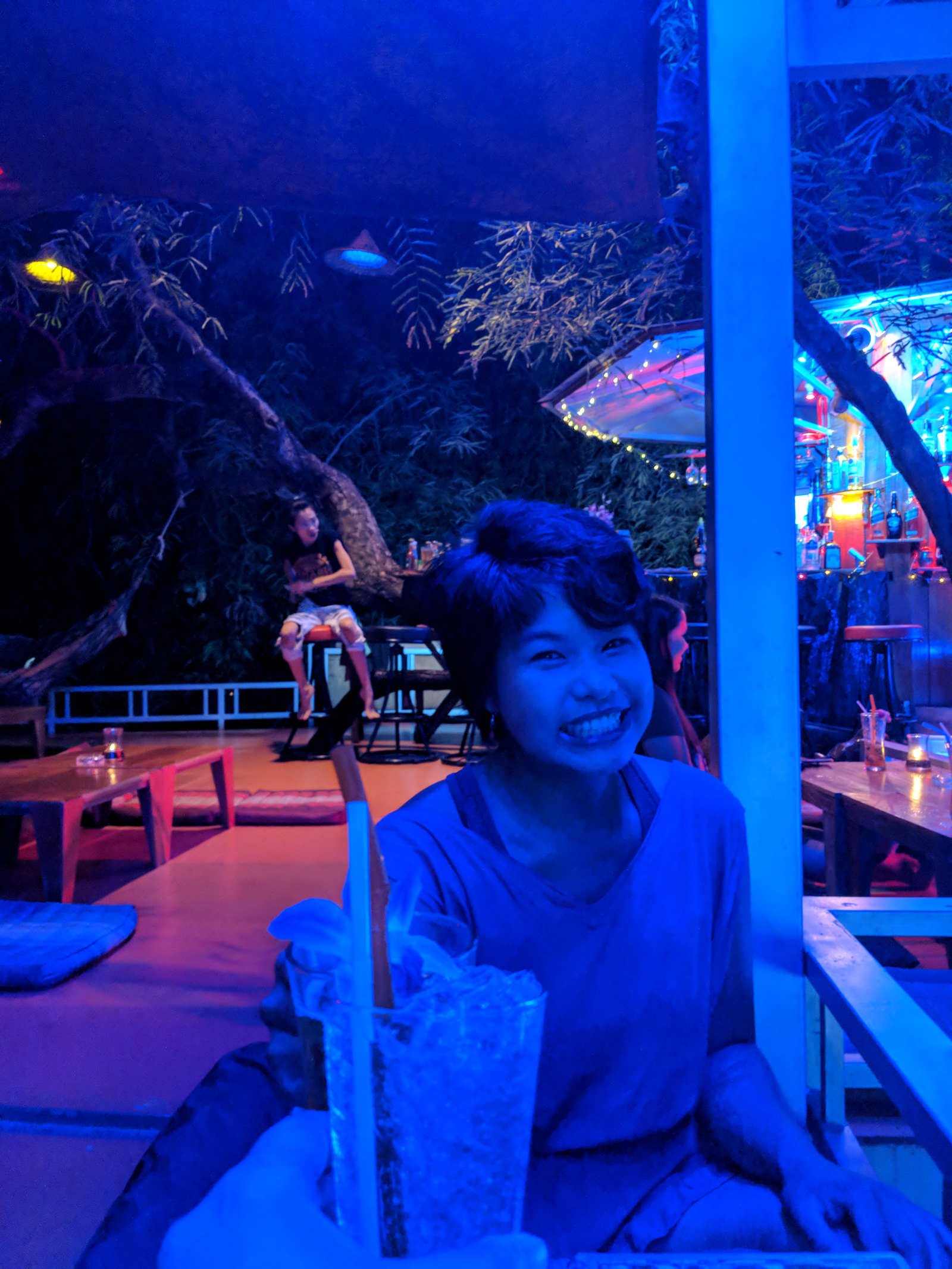 The next morning, we rented a kayak and paddled south towards Pranang Bay. Let me tell you, that sun is unforgiving. I got sunburned for probably the fifth time in my life, and we won’t even talk about Allison. 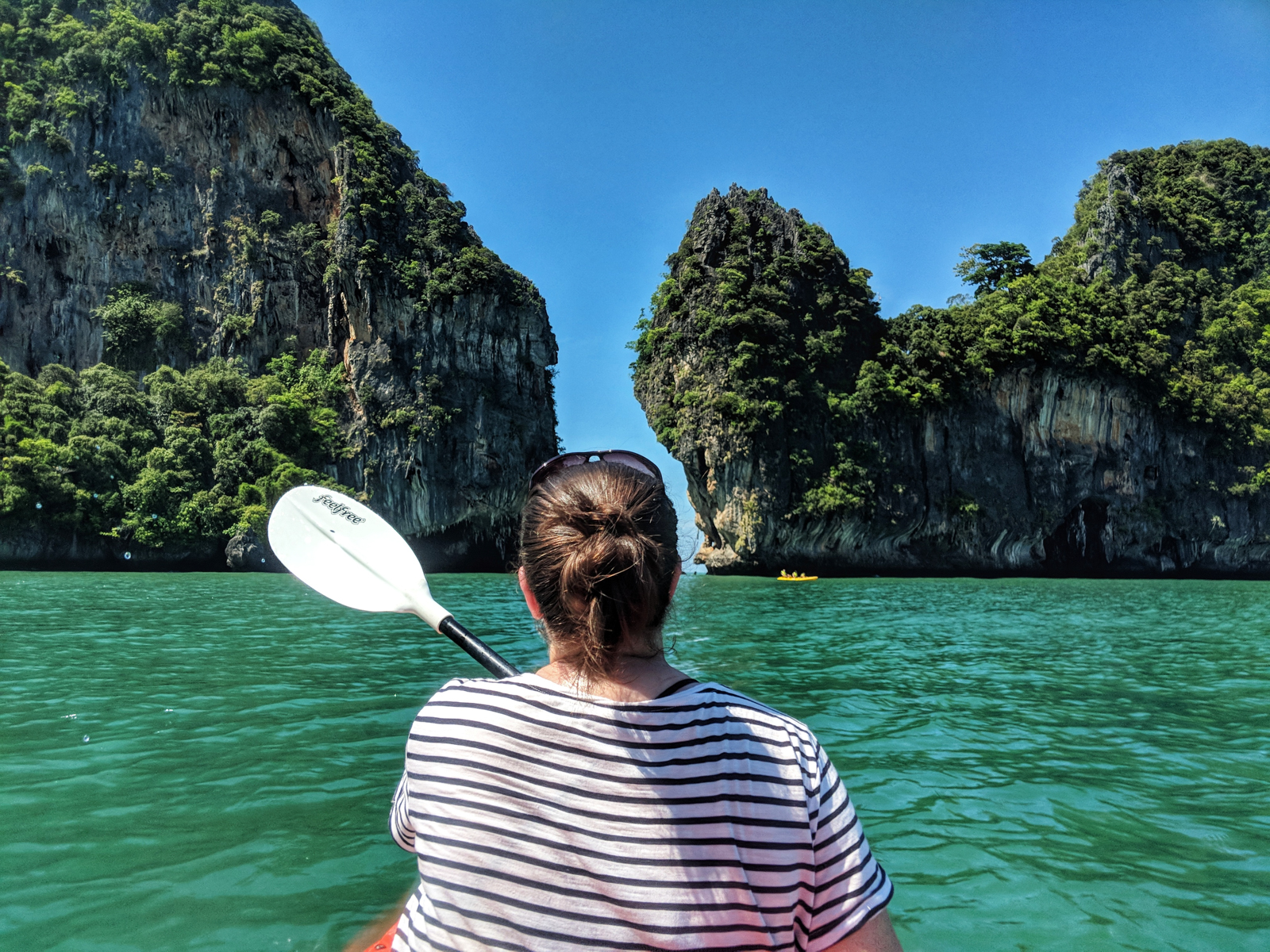 Our goal was to get to the Pranang cave to see the, uh, princess shrines. 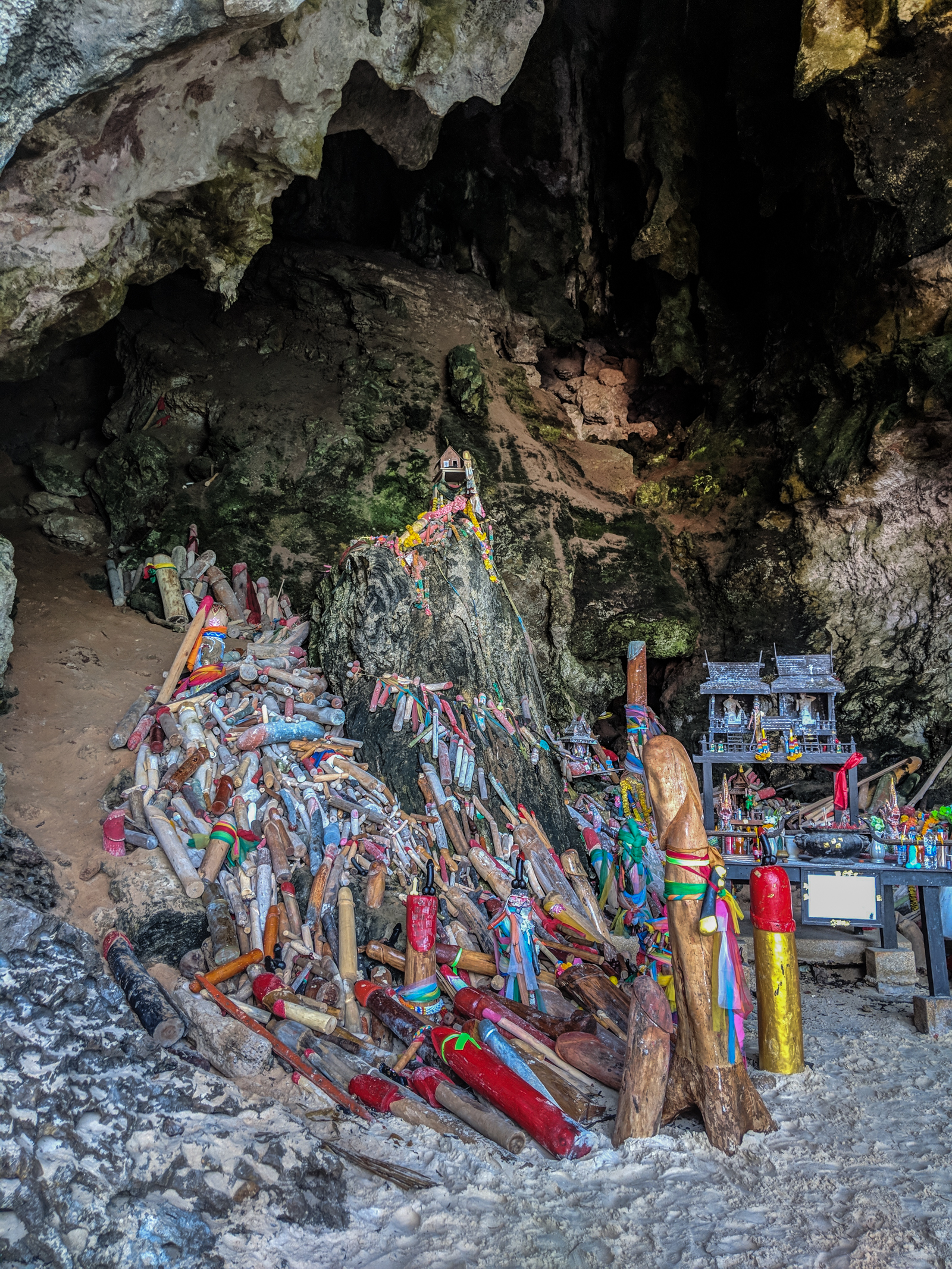 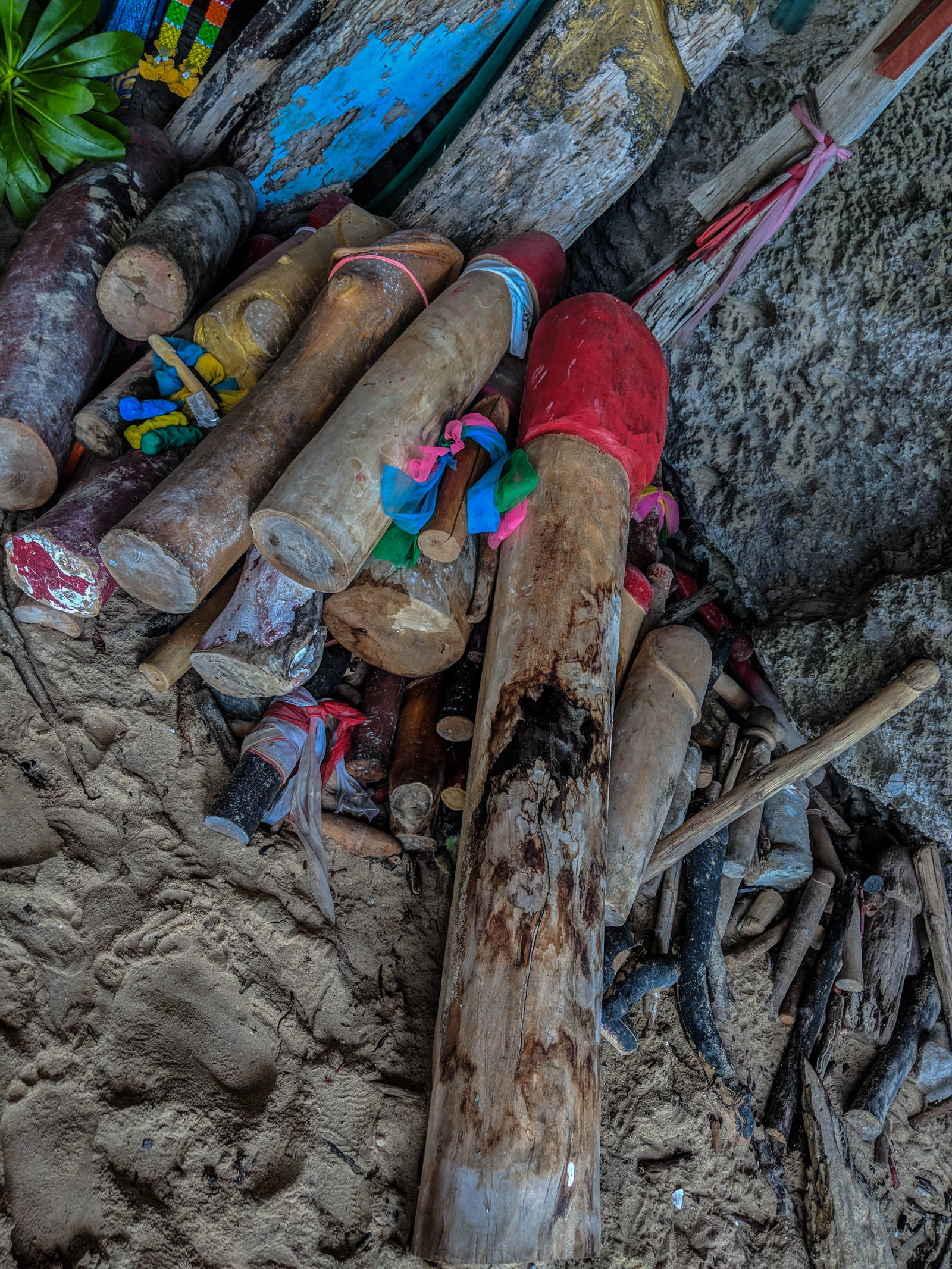 Fishermen pay tribute to these shrines each morning, praying for good fortune during the day’s catch, while many couples seek out the shrine praying for fertility. I tried to climb into the caverns behind the shrine seeking adventure, but the fishermen were not having it. 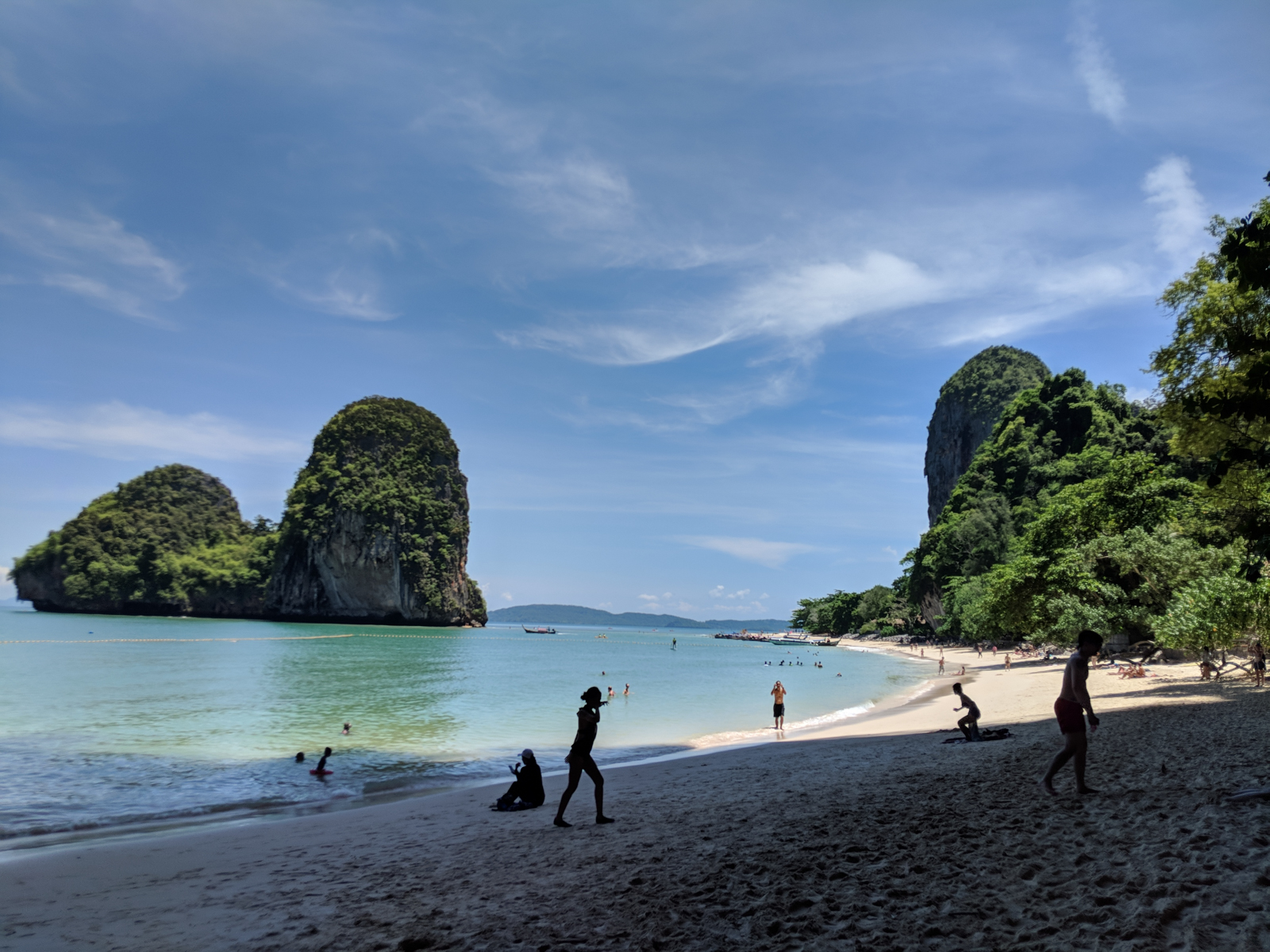 Fun tip: Pranang Beach is actually the most swimmable in the area!

That evening we relaxed on the beach and watched the sunset. 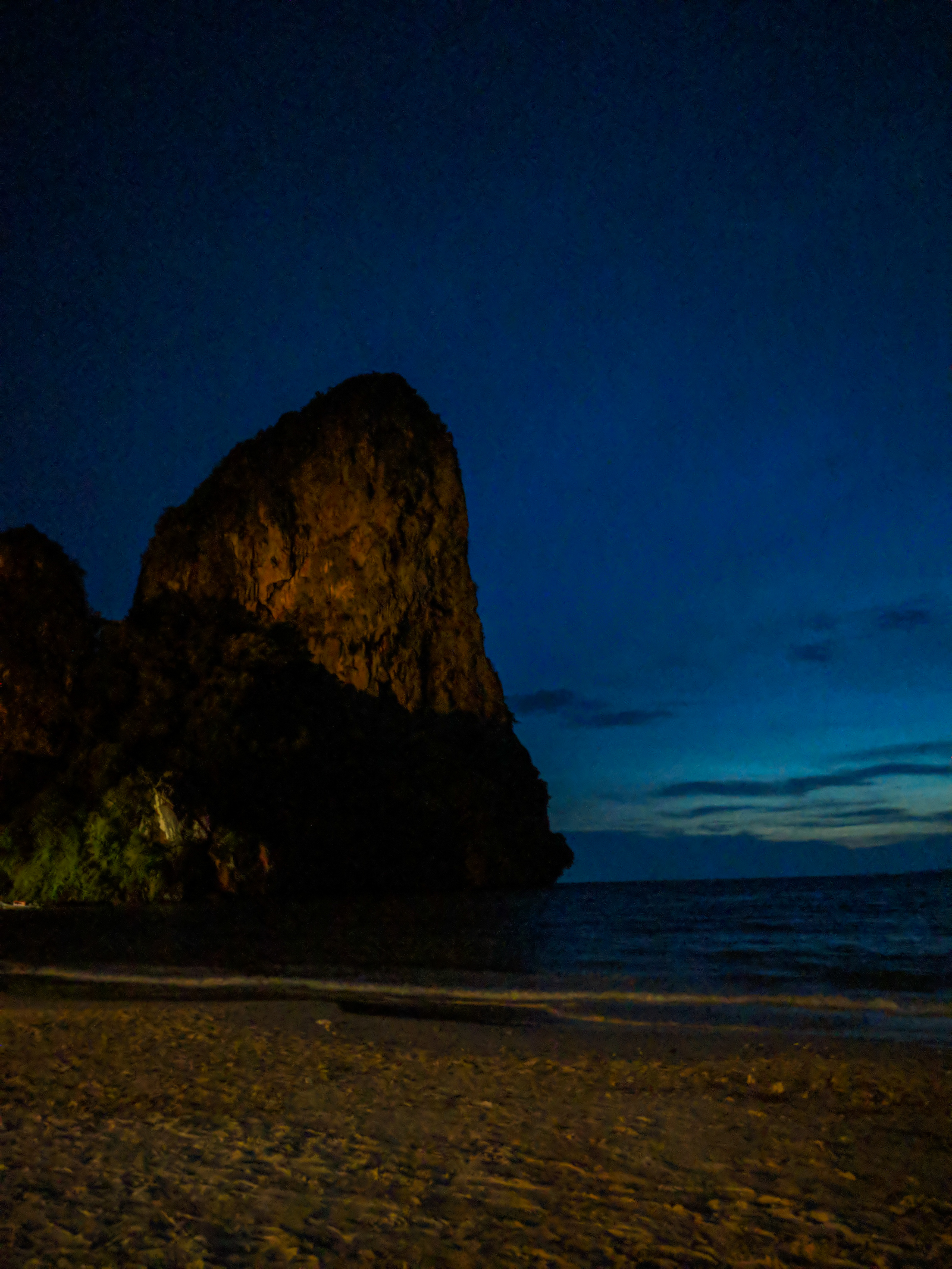 On Allison’s last morning, we walked over to Pranang Nai Cave, a 10 minute walk from Railay East, which was substantially larger than Pranang Cave and had bats! 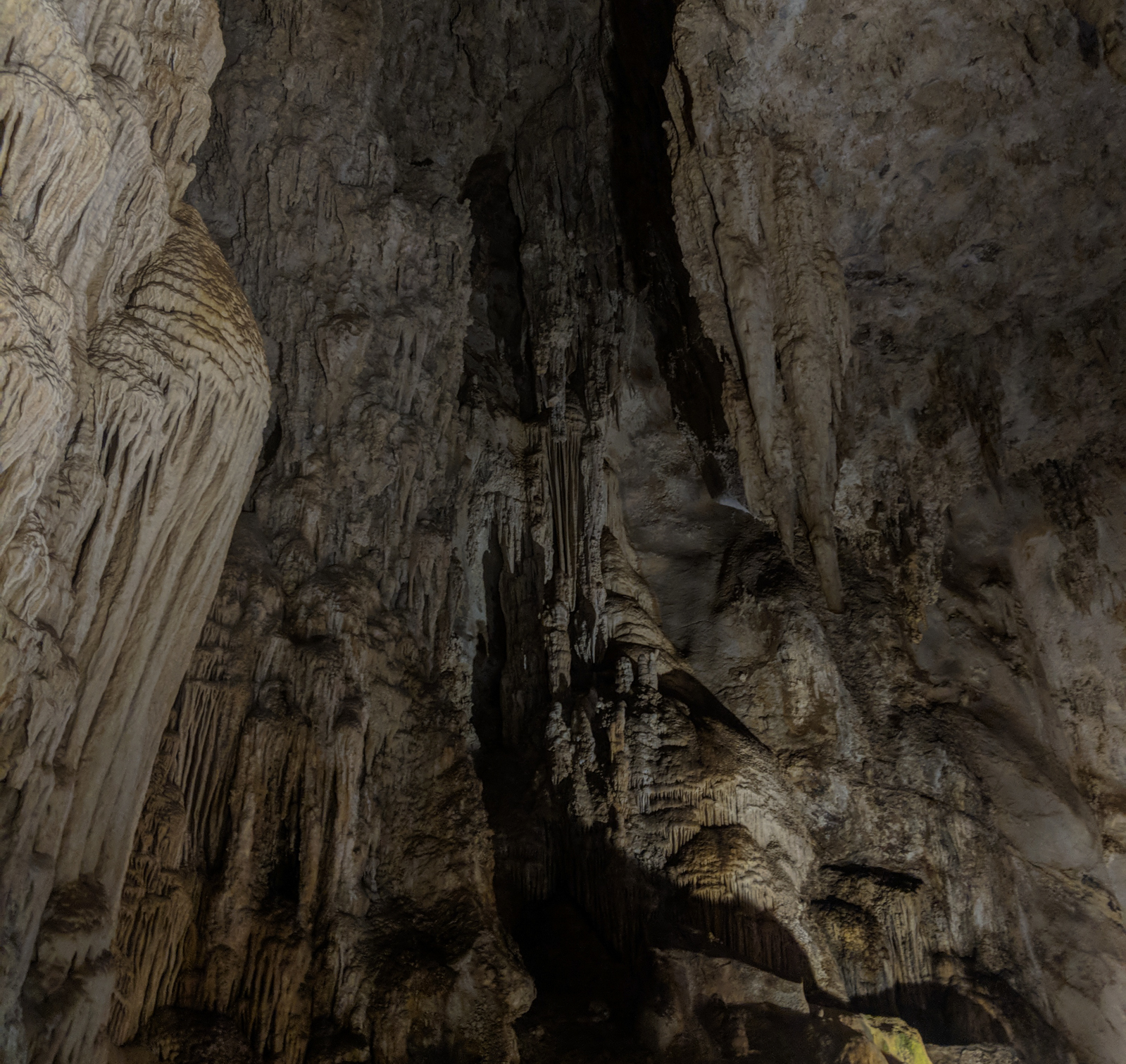 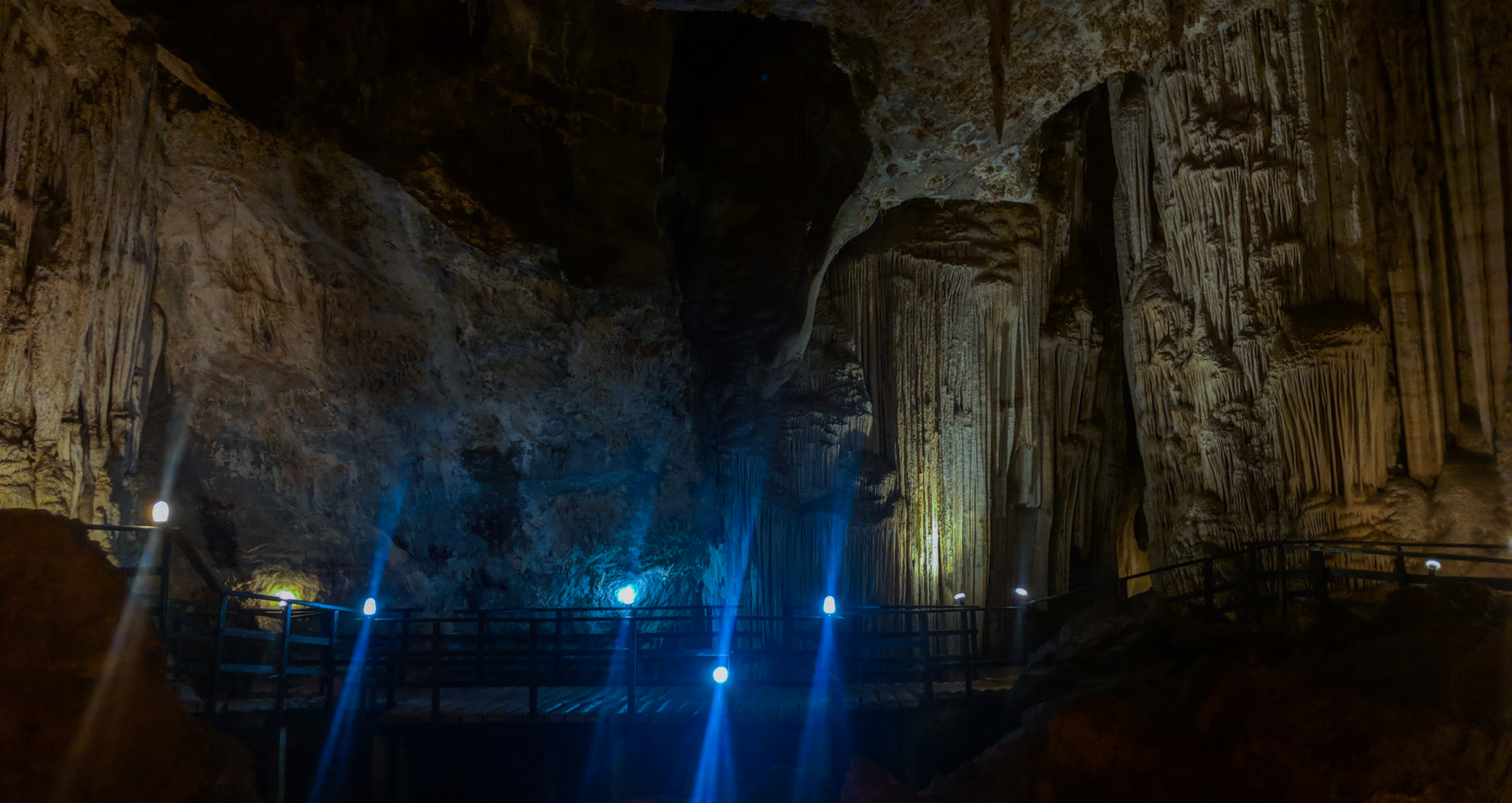 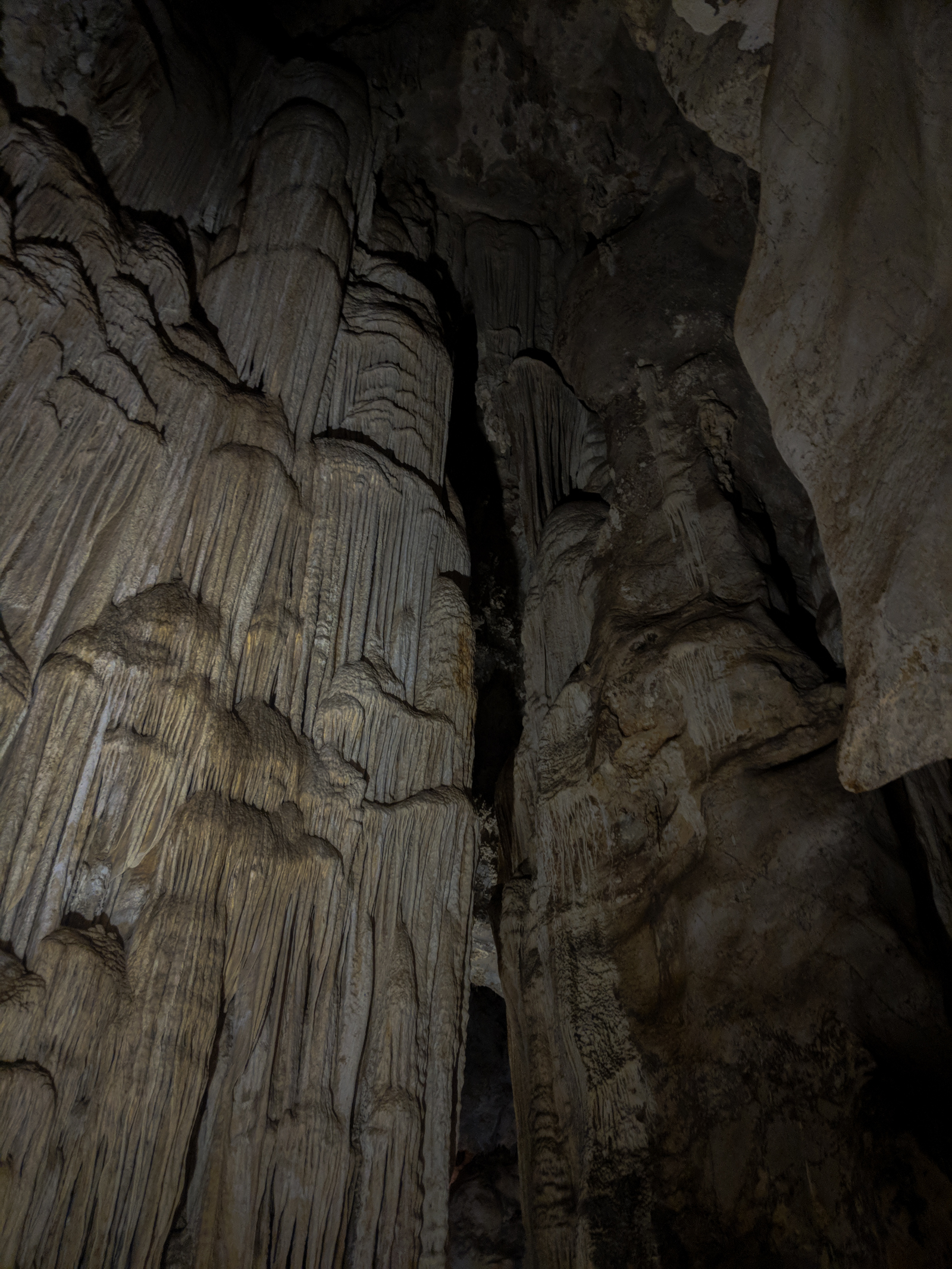 Three days was a perfect amount of time to spend in Railay. I wish the water was more swimmable, but to be honest, it wouldn’t have made a difference because our tattoos still needed to heal!